A good many people working programs of addiction recovery have legal records stemming from their past drug and alcohol use. Breaking state laws in service to the disease is quite common; a significant number of individuals in recovery have had DUIs or faced charges for possession. While drunk driving run-ins are misdemeanors – usually – and only affect people later in life in highly specific situations (applying to be a bus driver, perhaps), people with drug charges are not always so fortunate, even, when the crime is cannabis related.

In California, we have a more than two-decade-old medical marijuana program (1996), and adult recreational use was legalized in 2016. It is unlikely that any other state is as progressive as the Golden State when it comes to cannabis and yet marijuana convictions mar hundreds of thousands of Californians’ criminal records.

Now that the drug is legal for adult consumption there are thousands of people attempting to clean up the wreckage of their past. Such individuals are petitioning the state to have the cases expunged or downgraded from felonies to misdemeanors. However, there have been some reports in recent months highlighting the complications of setting out on a quest to wipe one’s slate clean. While Prop 64 opened the door for recourse in some instances, there wasn’t a legal framework in place to make marijuana convictions expungements possible. 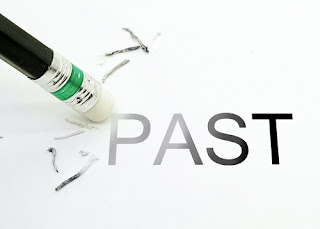 Between 2006 and 2015, almost 500,000 Californians were arrested on cannabis charges, according to a Drug Policy Alliance study. It’s probably fair to say that most of those individuals would like to see their charges expunged or, at the least, downgraded. Last week, the California Senate paved the way for the above to become a reality in the next couple years with the passing of Assembly Bill 1793, CNN reports. If Governor Jerry Brown signs the legislation into law, it requires the state Department of Justice to sift through criminal records and determine which convictions are eligible to be expunged or downgraded from felonies. Under the new law, as many as 218,000 convictions could be altered.

Once the eligible candidates are provided to county prosecutor offices, district attorneys will have until July 1, 2020, to decide which cases they would like to challenge, according to the article. AB 1793 “creates a simpler pathway for Californians to turn the page,” said Sen. Scott Wiener (D-San Francisco) during the floor debate. Naturally, some lawmakers are opposed to the legislation.

“This directs us to forget any prior behavior that was illegal,” said Sen. Jim Nielsen of Gerber, who opposed the measure. “They should not be given a pass.”

It is still too early to tell if Gov. Brown will sign the legislation.

Even though cannabis is legal for adult use in California, it doesn’t mean that using the drug is not without risk. Millions of Americans meet the criteria for cannabis use disorder; those who attempt to quit without help, often experience withdrawal symptoms. Marijuana is not a benign substance, those who use the drug daily often suffer adverse consequences. At Hope By The Sea, we can help you break the cycle of marijuana addiction and give you the tools to lead a drug-free life in recovery. Please contact us to learn more about our programs and how the miracle of recovery can be yours too.