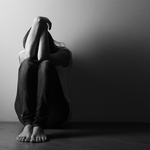 It has been nearly three (3) years since the former star of the 70’s hit show Mork & Mindy (1978–82), Robin Williams, took his own life on August 11, 2014. The news of the beloved stand-up comedian and actor’s suicide came as a shock to most people who were, at the time, unaware of William’s battle with mental illness. Specifically, addiction to cocaine and alcohol, which he sought help for over the years. Just prior to his passing, Robin had sought treatment for alcoholism in mid-2014 and his publicist Mara Buxbaum told CNN that Williams was struggling with severe depression leading up to the suicide.

While William’s suicide was a sad day for not just Americans, but comedy lovers around the globe, it did have the unintended effect of getting people to talk about the deadly nature of mental health disorders. People who struggle with any form of mental illness, such as addiction, anxiety and depression, actually have a serious impact on those who are close to the individual. There is a significant amount of fallout that cannot help but scar the friends and family of the afflicted. When mental illness leads to tragedy, those left behind cannot help but wonder, “Could I have done more?”

Such questions, while understandable, do little good. What’s done, is done. No amount of regret or guilt can bring back lost loved ones. On the other hand, those left trying to make sense of it all, can use the pain they are feeling to help prevent other families from experiencing the kind of tragedy. In death, William’s story can potentially save lives.

Zelda Williams (27) is the daughter of the late comedian. As you can imagine, her father’s passing was a traumatic experience. But, in the wake of the tragedy she has decided to use her loss to help others, people struggling with untreated mental health disorders. Zelda says she’s become an “accidental advocate” for mental health. In Los Angeles last week, Ms. Williams hosted a luncheon for the Hope and Grace Initiative, sponsored by beauty company Philosophy and the National Alliance on Mental Illness (NAMI), Women’s Health reports. The object of the event was to raise both funding and awareness for mental health.

“Just because you can’t see something doesn’t mean it’s not ruining someone’s life,” she tells the magazine. She adds, “There’s a realization that everyone is fighting a different battle and you can’t fight it for someone else but you can try to understand.”

Zelda understands how important it is for people to understand what it means to live with mental illness, according to the article. And the value of everyone opening their ears and showing compassion to those struggling with such conditions. Ms. Williams hopes to find ways to offer affordable treatment for people with any form of mental illness—especially young adults.

“I’m a huge supporter of therapy, particularly for people in my age group of 25 to 30 when a lot of people think they would have had sorted through life and figured it out,” says Zelda. “But therapy is still a privilege because it is so expensive for a lot of people and I wish it was more available.”

Like Robin Williams, a significant number of people living with depression or anxiety use drugs and alcohol to self-medicate. For a time, mind-altering substances may mitigate the severity of one’s symptoms; but, in the end they only make the problem worse and often result in the development of addiction. It is vital that both the addiction and the co-occurring mental health disorders be treated at the same time.

If you or a loved one has been self-medicating the symptoms of mental illness, please contact Hope by The Sea.