Adderall is an Amphetamine, OxyContin is an Opioid

Older teens and young adults are no strangers to drug and alcohol use. Substance initiation typically begins toward the end of one’s high school years or the beginning of college. Most students who engage in illicit substance use are not likely to experience problems later. However, a significant percentage of young adults’ drugs and alcohol use progresses to misuse and addiction (use disorder).

In modern times, most Americans, young or old, understand that the country is in the midst of an epidemic linked to opioids. The majority of people coming of age at this time are subject to some kind of substance use prevention education starting in elementary school. Such a reality may lead one to assume that young people know the difference between one substance from another.

At the very least, you’d think that an 18-year-old would have some prior knowledge about the drugs they’re using and their [drugs] inherent risk. Unfortunately, new research paints a very different picture; misconceptions about certain medications are more common than previously thought. The findings are cause for concern, immediate action by drug education and prevention programs is needed to address the apparent gaps in understanding, particularly regarding prescription amphetamines and opioids.

Adderall is to Amphetamines; as OxyContin is to Opioids 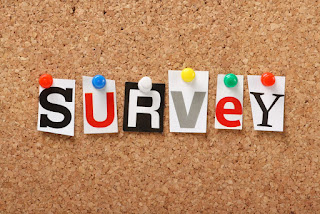 A study, published in the journal Drug and Alcohol Dependence, indicates that many teens who use the ADHD-drug Adderall don’t know it’s an amphetamine, HealthDay reports. The research means nonmedical amphetamine use is not being reported accurately among young teens and adults. A national survey of more than 24,000 high school seniors revealed some troubling contradictions.

“Our findings suggest that many young people are unaware that Adderall is amphetamine,” said senior author Joseph Palamar, an associate professor of population health at New York University. “In addition, such conflicting reports mean that prescription stimulant misuse may be underestimated.”

The research was conducted by the Center for Drug Use and HIV/HCV Research at New York University’s Meyers College of Nursing in New York City, according to the article. Any young person should be aware that Ritalin and Adderall are amphetamines, and there is no scientific evidence to support nonmedical use for sharpening one’s academic edge. While the findings are disturbing, the survey revealed a more dangerous misconception among high school seniors.

“Alarmingly, we had similar findings regarding opioids in another study, with many teens appearing unaware that the Vicodin and OxyContin they took are opioids,” Palamar said. “Better drug education is needed to inform the public about common drugs like amphetamines and opioids.”

Prescription opioids and stimulants are highly addictive narcotics, even when they are prescribed and taken as the doctor ordered. Nonmedical use of these types of drugs is likely to cause problems in anyone’s life. If you are a young adult who is dependent on opioids or amphetamines, please contact Hope by The Sea. We can help you find addiction recovery, and learn how to live a life free from drugs and alcohol.