Conventional treatments for attention deficit hyperactivity disorder (ADHD) include medication. Prescription drugs used to treat ADHD are usually amphetamine-based stimulants. We have written on numerous occasions about the dangers of nonmedical amphetamine use, in fact, we wrote about it earlier this week. However, in the field of addiction medicine, the subject of ADHD as a co-occurring mental health disorder gets little attention. 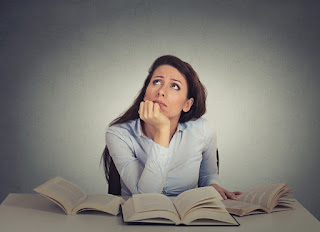 When considering ADHD, people mainly associate it with adolescents, but the condition can also affect those same individuals in adulthood, as well. Additionally, a more significant number of adults have received a diagnosis of the disorder for the first time in recent years. Which means, either the condition went undiagnosed, or it developed in adulthood.

It’s not uncommon for mental health disorders to go without a diagnosis, yet some experts question the validity of adult-onset ADHD. It’s important to talk about this subject given that a diagnosis often leads to patients taking prescription stimulants, both addictive and dangerous.

The Mayo Clinic lists various symptoms for the condition, including absent-mindedness, difficulty focusing, forgetfulness, problem paying attention, or short attention span. It isn’t hard to see how the symptoms mentioned above could wreak havoc on one’s life. It’s worth pointing out that some of these traits can be explained away by other mental health conditions or substance use.

A new study sheds some light on this subject, and the research indicates that other factors can explain ADHD symptoms in adulthood, MNT reports. The findings, published in the American Journal of Psychiatry, showed that more than 80 percent of people with adult-onset ADHD probably do not have the condition.

“We found a number of people who looked like they had adult-onset ADHD,” said Margaret H. Sibley, of the Herbert Wertheim College of Medicine at Florida International University in Miami, “but when we looked closely, adult-onset symptoms were traced back to childhood or were better explained by other problems, like the cognitive effects of heavy marijuana use, psychological trauma, or depressive symptoms that affect concentration.”

This study appears to be of the utmost importance, particularly relevant to the field of addiction medicine. People with a history of addiction should not be prescribed amphetamines to treat symptoms of ADHD, without careful assessment. Especially if it’s unlikely that such people have the condition at all. It could be that people exhibiting symptoms associated with attention deficit hyperactivity disorder are suffering from depression, or their substance use and abuse have led to what a patient is experiencing. The researchers say that:

If you have been diagnosed with ADHD as an adult and are also addicted to drugs or alcohol, a second opinion is likely in order. At Hope by The Sea, we are fully equipped to treat your alcohol or substance use disorder and any other co-occurring mental health condition. Our clients undergo extensive screening to determine what, if any, other mental health disorder may be contributing to your disease. Please contact us today.