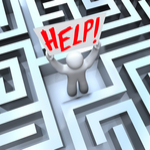 Do you struggle to stay focused on certain tasks? Perhaps you find yourself constantly losing your train of thought? Maybe you find it difficult to multi-task? If you answered “yes” to any of those questions, it is possible that you have concentration problems. You may even be struggling with Attention Deficit Hyperactivity Disorder (ADHD) or some other form of cognitive dysfunction. It also might be the case that you have drunk too much alcohol or smoked too much marijuana. Maybe you use harder drugs, like cocaine or opioids.

Over the years there has been significant research to support claims that drug and alcohol use impair cognitive function. Especially heavy use and abuse. The toll that introducing mind-altering substance can take is extensive. Yet, many of those who drink in unhealthy ways are often unaware of the true extent of the damage.

The clear majority of people with alcohol and substance use disorders never seek or get treatment for their illness. With that in mind, a significant number of people experiencing cognitive deficits may in fact have a problem with drugs and/or alcohol.

New research conducted at Columbia University’s Mailman School of Public Health and Columbia University Medical Center found that cognitive impairments due to frequent alcohol or drug use may be a major problem in the general population, ScienceDaily reports. The researchers found that deficits in attention are far from limited to people who have been treated for addiction. The study, the first of its kind to link people’s impairments using information to binge drinking, marijuana, cocaine, opioids, tranquilizers and stimulants in general population adults, was published in the journal Addiction.

“Regardless if cognitive impairments precede substance use or vice versa, poorer cognitive functioning negatively impacts daily life and may cause lack of insight into one’s substance use as a source of problems, impeding treatment utilization or decreasing the likelihood of effective treatment,” said senior author Deborah Hasin, PhD, Columbia Mailman School of Public Health professor of Epidemiology and in the Department of Psychiatry at Columbia University Medical Center.

“While abstinence or reduced substance use may partially improve cognition, future research should determine whether factors shown to protect against cognitive impairments in aging adults, such as a healthy diet, and physical and intellectual activities, also protect against cognitive impairments in populations with difficulties in reducing substance use,” said Dr. Hasin.

If you are regular heavy drinker, or engage in drug use, there is a chance that a problem may be present. Have you found that you have trouble remembering things or staying on task? If so, you would be wise to be screened for an alcohol or substance use disorder. Please contact Hope by The Sea for a free consultation. It should go without saying that the longer it goes untreated, the worse that it will get.