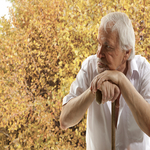 More and more “baby boomers” are retiring. For such people, it should be a time for relaxing after working for decades. Moving to a warm climate, traveling the world and spending more time with one’s adult children is a common picture of retirement. But for some, retirement may be a different picture altogether, involving substance use and abuse—especially with alcohol.

To get an understanding of alcohol trends among Americans age 50 and older, researchers analyzed data from the National Survey on Drug Use and Health, ScienceDaily reports. They were especially interested in self-reported past-month binge drinking and alcohol use disorder. The findings were published in the journal Drug and Alcohol Dependence.

“Older adults have particular vulnerabilities to alcohol due to physiological changes during aging, including increasing chronic disease burden and medication use,” said Benjamin Han, MD, MPH, a geriatrician and health services researcher at the Center for Drug Use and HIV Research (CDUHR) and in the Division of Geriatric Medicine and Palliative Care at NYU Langone Medical Center (NYU Langone).

The research team at NYU found dramatic rise in:

Setting addiction aside for the time being, the researchers point out that older adults are at extreme risk of experiencing the negative effects of alcohol, according to the article. They point out that alcohol can be detrimental to chronic disease management and increase one’s risk of injury.