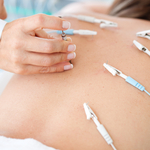 Even though America is in the grips of a deadly opioid addiction epidemic, it is vital that we remember that more people abuse alcohol than any other drug. While opioids can easily lead to a deadly overdose, heavy alcohol use typically kills people slowly. It is fair to say that opioid overdose deaths are considered to be more headline worthy, compared to the slow death associated with alcohol use (excluding alcohol poisoning and car wrecks).

Losing sight of alcohol use disorder (AUD) in the United States can’t be allowed. To put it in perspective, it is estimated that some 2 million Americans abuse opioids of any kind. When you compare that figure to the rates of AUD in the U.S., the difference is staggering. The 2015 National Survey on Drug Use and Health (NSDUH) report showed that 15.1 million adults ages 18 and older had AUD. What’s more, an estimated 88,000 people die from alcohol-related causes annually, compared to the 20,101 overdose deaths related to prescription pain relievers and 12,990 overdose deaths related to heroin in 2015.

For the sake of discussion, let’s assume for the moment that 88,000 people actually died from alcohol related causes in 2015. And between prescription opioids and heroin, there were 33,091 overdose deaths. Simple arithmetic will reveal that nearly 55,000 more Americans died from alcohol, than opioids in 2015. Clearly, the need to reignite the dialogue about alcohol abuse is crucial

It is well understood that the surest way of reducing the number of deaths related to either alcohol or opioids is intervention. Addiction treatment can help break the cycle of addiction, and continued recovery maintenance can mitigate the risk of relapse. But, either way, relapse rates are exceedingly high. Research scientists continue to look for ways to lessen people’s risk of relapse. When it comes to alcohol, it is no easy task.

Unlike opioids, alcohol can be found easily and acquired inexpensively. Many who attempt to detox from alcohol find it too difficult without assistance. Without such help, relapse typically happens within the first week of withdrawal. There are drugs, like Vivitrol for instance, which can help alcoholics fight the cravings that lead to relapse. On the other hand, the pain of alcohol-withdrawal is often cited as being one of the leading causes of relapse. Naturally, that pain should not be treated with another potentially habit-forming drug.

New research suggests that electroacupuncture (EA), a combination of acupuncture with electrical stimulation) could be useful for alcohol-withdrawal pain reduction, Newswise reports. EA treatment may even reduce other alcohol-withdrawal symptoms. The findings were published in Alcoholism: Clinical and Experimental Research.

The study indicates that EA can reduce hyperalgesia (hypersensitivity to pain) in rats experiencing alcohol withdrawal, according to the article. If human tests are effective, electroacupuncture could help people succeed at long-term recovery.