Alcoholism In America: A Wet and Dry History of Recovery 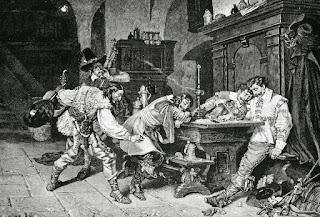 Are you actively working a program of recovery, via the tenets of Alcoholics Anonymous (AA)? If so, then you are a part of the storied history about breaking free from addiction in America. There are people working programs of recovery in over hundred countries around the world, to be sure. But, the origin of the most effective method ever devised has its roots in the history of alcohol in the United States. Dating back centuries.

It seems fitting, that America would be ground zero for the global recovery movement. After all, this great nation’s birth is owed to both enlightenment and liberation. The idea that every human is equal, that compassion and empathy are more powerful than fear and punishment.

Every alcoholic knows what it is like to be mired in mud that is societal stigma. Knowing first-hand how the insidious effect of misunderstanding and stereotyping can deter people from seeking help. Over the years, many an alcoholic has resigned themselves that they would die with a bottle in their hand. Convinced that they were, in fact, everything that society said alcoholics were: weak minded, slaves to the sensual, constitutional-less.

Alcoholism in America and the Birth of Recovery

Over the centuries countless efforts were made by individuals to free themselves from the grip of alcohol. In other cases, crude methods of breaking the alcoholic from their destructive habit were forced upon people at sanitariums, and the like. While abstinence may have been achieved for periods of time, the effects were always fleeting. Then comes World War I, Prohibition, the Great Depression, the Volstead Act’s end and World War II. But, over the course of two decades a groundbreaking program of recovery would be developed. This would lead to the liberation of millions of alcoholics around the globe, for years to come.

Beacon Press published a book recently, authored by Christopher M. Finan, which probes deep into the role of alcohol in America’s history. “Drunks: An American History,” covers 300 years of alcohol, alcoholism, temperance, treatment and recovery. Regarding alcoholism recovery in the U.S., Finan shows how temperance and prohibition, coincided with the government ending support for a number of institutions, like the Minnesota Hospital Farm for Inebriates, The New York Times Book Review reports. Alcoholics were left with nowhere to turn for help. The government reasoned erroneously, as they did with the “war on drugs” years later, that eradication and punishment would put a stop to addiction. It does not!

In the time preceding the Volstead Act, organizations like the Mission Recovery Groups [Boozers’ Brigade, United Order of Ex-Boozers (1870 – 1915)] and the Oxford Groups (1921), would be precursors to Alcoholics Anonymous. When in 1931, a man named Roland Hazard got sober, worked with a one Sam Schumacher, who then carried the message to Ebby Thatcher. If you are familiar with AA history, then you know that Ebby paid it forward to Bill Wilson. While Ebby would relapse, Bill shared what he had found with Dr. Bob and thus, Alcoholics Anonymous was born.

Abstinence, sobriety and recovery (even among bottom of the barrel alcoholics) were proven to be an achievable goals. Temperance in America dates back to the first prohibition in the Massachusetts Bay Colony in 1633, in 1935 Alcoholics Anonymous is created—some 300 years later.

“The fight against addiction is one of America’s great liberation movements,” Christopher M. Finan writes.”

“Drunks: An American History” would likely be a fascinating summer read for not just people in recovery, but for those whose loved one has been touched by the disease. Everyone working a program would do themselves a great service by taking a moment to be grateful for the thousands of people who fought to recover from alcoholism. Without them, you may not have found a meeting to attend, a seat to sit in or a sponsor to guide you through the process of recovery.

Are you still in the grips of active drug and/or alcohol abuse? If so, please contact Hope by The Sea. Recovery is possible, and the program works, if you are willing to work it.