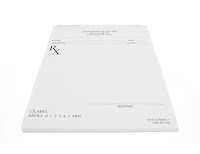 If you have a problem with alcohol, then you know all too well that abstaining from it can be extremely difficult without something else in its place. People with alcohol use disorder who decide to give up drinking, as most of the people with long term sobriety will attest, will likely result in relapse unless they have something in its place (i.e. some form of addiction recovery program).

In some cases an introduction to programs like Alcoholics Anonymous or SMART Recovery begins in an addiction treatment facility, other times alcoholics stop drinking on their own and find a meeting. While successful long term recovery is possible in both cases, the chance of relapse in early recovery is quite high. The beginning stages of recovery is a challenging time, involving discomfort, anxiety and depression. Additionally, people in early recovery are often faced with serious cravings for alcohol.

There are a couple of medications available that have been able to reduce people’s craving in early recovery, albeit new research suggests that such craving blockers are underutilized. In order to make such drugs more readily available, public health officials are calling on physicians to consider using medications like Vivitrol (naltrexone) and acamprosate to treat alcohol addiction, NPR reports. Certain patients have reported significant reductions in alcohol cravings when taking these medications.

The National Institute on Alcohol Abuse and Alcoholism (NIAAA) and the Substance Abuse and Mental Health Services Administration (SAMHSA) asked a panel of outside experts to report on alcohol treatment drug options.

“Current evidence shows that medications are underused in the treatment of alcohol-use disorder, including alcohol abuse and dependence,” the panel reported last summer. The panel pointed out that there is “considerable resistance” among many physicians to prescribing the aforementioned drugs.

Naltrexone is available in both pill and injectable form. While the injection is more expensive, patients will never forget to take the drug because the injection lasts up to a month. Acamprosate, on the other hand, is believed to reduce symptoms of post-acute (protracted) withdrawal, such as insomnia, anxiety, and restlessness.

This is an area that will continue to be followed by researchers and SAMHSA and NIAAA.