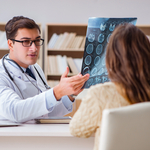 Over the years, there has been significant research on the impact of alcohol on the brain, specifically with regard to both addiction and the damage long-term heavy alcohol use can do to what is arguably our most important organ. With that in mind, it is worth noting that the majority of alcohol related research involved men. Which makes sense if one considers, for a moment, that men tend to drink greater amounts of alcohol for longer periods of time than women do.

What’s more, men tend to engage in alcohol use beginning at a younger age than women. They are also more likely to engage in what are considered to be unhealthy drinking practices, such as binge drinking. However, new research published in the last year or so has shown that women are closing the gap with men regarding prevalence and types of unhealthy drinking. Such revelations mandate that more research be conducted on alcohol as it pertains to women.

A better understanding of alcohol’s effect on the female gender could lead to more effective methods of treatment. Which is important, because women are just as eligible to be touched by addiction as men. New research aims to shine some light on the subject.

Women, Alcohol and The Brain

A collaborative research effort involving Massachusetts General Hospital (MGH) and Boston University School of Medicine (BUSM) has shown that the reward system structures in the brain are bigger in alcoholic women, compared to non-alcoholics, according to an MGH press release. The researchers found that in the brains of recovering female alcoholics, the size of the fluid-filled ventricles in the center of the brain associated with reward were smaller than that of active drinkers. Which implies that the brain can recover from the changes caused by alcohol. The findings were published in Psychiatry Research Neuroimaging,

“Until now, little has been known about the volume of the reward regions in alcoholic women, since all previous studies have been done in men,” says co-author Gordon Harris, PhD, of the 3D Imaging Service and the Center for Morphometric Analysis in the Martinos Center for Biomedical Imaging at MGH. “Our findings suggest that it might be helpful to consider gender-specific approaches to treatment for alcoholism.”

The researchers point out that with each year of abstinence from alcohol, recovering women and men saw a 1.8 percent decrease in the size of the ventricles, the press release reports. The alterations in the brain caused by alcohol, can seemingly be reversed over time. The researchers plan to broaden the scope of this research in the future.

“We’re planning to take a more detailed look at the impact of factors such as the severity of drinking and the length of sobriety on specific brain structure, and hope to investigate whether the imaging differences seen in this and previous studies are associated with gender-based differences in motivational and emotional functions,” says co-author Marlene Oscar-Berman, PhD, a professor of Psychiatry, Neurology, and Anatomy & Neurobiology at BUSM.

Not Too Far Gone to Recover

Many people who have been abusing alcohol for decades may be discouraged from seeking help with their disorder. Especially if they have already begun to experience both physiological and psychological damage. It can be easy for one in the grips of addiction to say, ‘what’s the point, the damage has been done.’ Fortunately, millions of people have managed to work a program of recovery and gone on to live healthy lives. The human brain is an extremely resilient organ, but there isn’t a threshold to gauge when something is beyond repair, so the sooner one starts on the path of recovery the better.

If you or loved one is struggling with an alcohol use disorder, please contact Hope by The Sea today. We can help you break free from the snares of alcohol, and show you how to live a fulfilling life in recovery.