The parallels between “big tobacco” and “big pharma” are challenging to ignore. The companies responsible for producing and selling cigarettes have a long history of disseminating falsehoods about the dangers of smoking. In the late 1990s, around the same time the tobacco industry settled a lawsuit requiring that companies like Phillip Morris and R.J. Reynolds pay billions of dollars for decades of misinformation, the pharmaceutical industry was cutting their teeth with prescription opioids.

The tobacco industry, with the help of paid off medical professionals, gave assurances to the American public that their products were not responsible for life-threatening illnesses. Big tobacco fought for decades to silence anyone purporting that cigarettes are deadly. Tobacco companies made billions of dollars on a product they knew to be fatal. And, notwithstanding the fact that the 1990’s settlement was essentially an admission of guilt and smoking rates continue to decline, tobacco remains the number one cause of preventable death in the U.S.

As everyone knows, prescription opioids are exceedingly dangerous. Drugs like OxyContin (oxycodone) excel at both killing pain and patients alike. In the late 1990s and beyond, Purdue Pharmaceuticals and their ilk spent insane amounts of money to assure doctors, adducing shoddy research, purporting that only a tiny fraction of OxyContin users would become dependent. Such companies lined the pockets of physicians to prescribe opioids for home use at unprecedented rates. The resulting outcome, millions of people living with opioid use disorder and hundreds of thousands of opioid overdose deaths since the late 1990s. 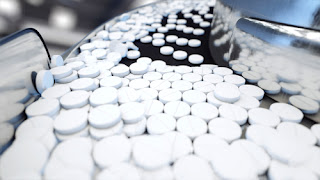 Many of our readers are aware that state attorneys general and private citizens are going after opioid manufacturers, distributors, pharmacies, and, in some cases, the doctors prescribing opioids. It is still too early to know to what end, but one thing is for sure, the industry contends that they have done nothing more than providing patients a service. How a doctor prescribes and a patient uses their products is not Purdue’s responsibility. Of course, opioid makers are likely to have a difficult time convincing the general public and lawmakers alike.

Some high power lawyers can smell the blood in the water and are now setting their sights on what will probably be the most important case in decades. One of the attorneys responsible for holding tobacco companies accountable in the 1990s is now going after prescription painkiller makers, NBC News reports. Two decades ago, Mississippi’s attorney general, Mike Moore, launched a lawsuit against 13 tobacco giants that led to a $246 billion settlement; Moore called the landmark settlement the “most historic public health achievement in history.” He wasn’t the only one who led to the successful outcome with tobacco; his suit was the amalgam of multiple lawsuits from dozens of states and private attorneys.

Today, the same sort of situation emerges as private citizens, towns, cities, counties, and states demand accountability. Beginning in 2014, Moore led the charge against Purdue Pharmaceuticals in Mississippi, the first of 10 states to file suit against opioid manufacturers. He is relying on the same tactics he used back in the 90s.

“When you train your workforce — thousands of salespeople — to go out and tell doctors that there’s less than a one percent chance of addiction if you take this drug, and you know that there’s no study that you’ve done, and no reliable study that anybody else has ever done that says that, then of course you’re telling a lie,” Moore said. He adds, “I’m going to win this fight. I’m going to keep kicking ’em until they give up.”

Please contact Hope By The Sea to learn more about how we can help you or a loved one recover from opioid use disorder. From detox to aftercare, we can assist anyone whose life has been impacted by prescription opioids and heroin.