Earlier this week we touched upon how legalizing cannabis affects United Nations drug control treaties. If you didn’t have a chance to read about it, you may find it interesting and worth your time. People smoking “pot” on their couch in an oceanside bungalow probably never considered how legalizing the drug might impact international drug control policy. Nevertheless, as the United States and a number of other western countries move forward with more relaxed stances on marijuana, it is important that we continue to inform ourselves about the effects legalization may have throughout the country. 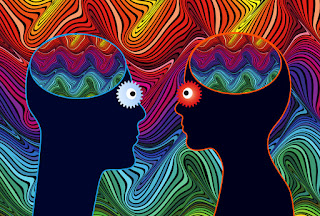 Cannabis, whether it be for medical or recreational purposes, will likely continue being a hot button topic in the United States. Complicated by the fact that arguments on both sides can be convincing. Fortunately, we have over twenty years of cannabis reform to draw from in deducing the impact that medical marijuana and recreational legalization has had on various states. Considering that more than half of Americans are in favor of more relaxed marijuana policies, the need for facts has never been greater—arguably.

Science has long supported the idea that marijuana is a relatively benign drug. And most Americans agree, whether the drug is legal or illegal, users should not face jail time for possessing or using the substance. However, there are legitimate concerns regarding how marijuana policy will affect use rates among teenagers and young adults. Research has shown that the drug can have serious influence on the developing brains of young people. The longer one can refrain from using, the better, basically.

The million-dollar question: “Has legalization had the negative impacts that opponents claimed it would have?” Specifically, has it led to increased drug abuse and crime? If you rely on current research, the answer is “yes” and “no.” Researchers from the Consumer Financial Protection Bureau, Harvard University and Western Carolina University, have analyzed data from the most recent Monitoring the Future survey, Market Watch reports. A working paper was submitted to be distributed to the National Bureau of Economic Research. The findings indicated that legalization and medical marijuana laws have only a slight impact on:

Marijuana advocates should not take these findings to mean that they were right all along. There are signs that more liberal cannabis laws have had negative effects that shouldn’t be discounted. In the year following Washington passing legalization, the state had twice the number of traffic deaths involving drivers under the influence of marijuana, according to the article. While more people still die from alcohol related accidents every year, the uptick shouldn’t be minimized. The researchers also found a correlation between liberalization and a rise in petty crimes. What’s more, in states with more liberal laws, the researchers found it easier to acquire other, more harmful narcotics, such as: amphetamines, barbiturates and psychedelics. But, at the end of the day, the authors concluded:

“Our results do suggest that, given current attitudes and enforcement toward marijuana, further liberalizations seem unlikely to have dramatic affects in any direction.”

The aforementioned research is important, and more light will be shined on this subject as time goes on. Whether you are in favor of more liberal cannabis laws or not, there is no evidence to support that users should be incarcerated because of it. Perhaps most important is that lawmakers and health experts do what they can to enlighten young people about the risks of use. Cannabis use disorder is a real condition, one that often requires addiction treatment to recover from. Remember, less risky doesn’t mean safe. Habitual marijuana users often experience withdrawal symptoms when trying to quit. There is also convincing evidence that cannabis use can lead to the development of other, perhaps more serious, mental health conditions.

If marijuana is negatively impacting your own life, please contact Hope by The Sea. We can assist you in breaking the cycle of addiction and give you the tools necessary for living a life in recovery.