Cannabis Use Among College Students

Teenage and young adult alcohol and substance use prevention efforts have paid off in recent decades. Still, while progress is evident, several trends are concerning. Each year, the University of Michigan conducts the national Monitoring the Future Panel Study (MTF). Funded by the National Institute on Drug Abuse (NIDA), the MTF gives us a window into both positive and troublesome patterns.

Teens and young adults are smoking fewer cigarettes, but the same cannot be said for e-cigarettes. Between 2017 and 2018, the 30-day prevalence of vaping nicotine increased dramatically for all five age groups, from:

Young people are vaping more than just nicotine. The MTF shows an alarming rise in vaping marijuana. Highly concentrated oils and distillates containing THC, the primary psychoactive ingredient in cannabis, can be vaporized for inhalation. The data indicates a doubling of marijuana vaping among college students.

“This doubling in vaping marijuana among college students is one of the greatest one-year proportional increases we have seen among the multitude of substances we measure since the study began over 40 years ago,” said John Schulenberg, principal investigator of the Monitoring the Future Panel Study.

Marijuana Use is Not Without Risk 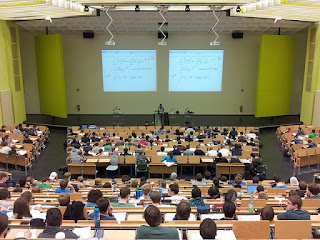 Twenty-five percent of college students used cannabis at least once in the previous 30 days; 5.8 percent engaged in daily or near-daily use. Same-age noncollege youth used marijuana every day at double the rate of those in school—11.1 percent.

“Daily marijuana use, especially among noncollege youth, is worrisome,” Schulenberg said. “The brain is still growing in the early 20s, and as the surgeon general just reported, the scientific evidence indicates that heavy marijuana use can be detrimental to cognitive functioning and mental health.”

It’s fair to say that young people attach less risk to marijuana use than they once did. Legalization probably plays a significant factor in the uptick. In 1991, marijuana use among youths was at historic lows when 75 percent attached considerable risk to use. In 2018, only 22 percent of those aged 19-22 perceived regular use as carrying a significant risk of harm.

Despite perceptions of harm, it’s worth noting that regular marijuana users are at risk of dependence and addiction. They are also more likely to face social and academic issues that could result in having to leave school.

Just because the drug is more tolerated these days does not mean it is safe. Anyone who is facing negative consequences from using cannabis should strongly consider stopping. If they are unable to quit, it is best to consult professional help before the problem escalates.

If you are struggling with marijuana addiction, then Hope By The Sea can help you begin the recovery process. Our facility relies upon evidence-based methods to give people the tools to live a life free from drug and alcohol use.

From detox to aftercare, our highly trained clinicians will be with you every step of the way. Please contact us today to learn more about our cannabis use disorder treatment. Hope Starts Here!