Cannabis Use Disorder Rising and Legalization

Cannabis use disorder or CUD is a condition that can wreak havoc in one’s life. While there are not any documented cases of fatal marijuana overdose, heavy use can be extremely problematic for many people.

While legalization is better than the alternative, a “war on drugs” that has disproportionately impacted communities of color, there is some evidence that CUD rates in the U.S. are up in the wake of legalization. New research – published in JAMA Psychiatry – looked at how legalization has influenced cannabis use and rates of cannabis use disorder from 2008 to 2016. The researchers found that:

The findings mean that public health agencies must do more to inform Americans that cannabis use is not a benign past time. Prolonged use can lead to dependence and addiction. When people with CUD try to quit due to experiencing adverse effects, many struggle to get past the withdrawal stage.

The recent news of cannabis use disorder being on the rise comes at an interesting juncture in American history. The U.S. House of Representatives just passed legislation to legalize cannabis federally.

The Marijuana Opportunity Reinvestment and Expungement Act of 2019 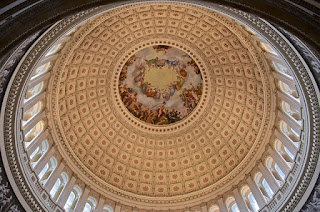 On Wednesday, the House Judiciary Committee approved the Marijuana Opportunity Reinvestment and Expungement Act of 2019 or MORE Act. The bill would both decriminalize cannabis and institute a 5 percent tax on marijuana sales to provide job training and legal services for those harmed by the war on drugs.

“The criminalization of marijuana has been a mistake,” said Chairman Rep. Jerrold Nadler, D-N.Y. “The racial disparity in marijuana enforcement laws only compounded this mistake with serious consequences, particularly for minority communities.”

The MORE Act provides each state the right to enact legal marijuana policies as they deem fit, according to CNBC. The legislation also has provisions to incentivize states to clear the criminal records of Americans with low-level marijuana offenses.

Removing marijuana from a Schedule 1 status of the Controlled Substances Act could significantly improve the lives of many adults. Marijuana arrests account for more than half of all drug arrests in the United States, according to the ACLU.

If a companion bill can make its way through the Senate and acquire presidential approval, it would likely lead to a decrease in the overall prison population. As things stand now, the bill is going to receive fierce resistance in the Senate, according to the article. Many Senate Republicans feel that the bill is too far-reaching.

Please contact Hope By The Sea if you are struggling with Cannabis Use Disorder. We offer innovative, evidence-based programs to help men and women begin life-changing journeys of recovery. Hope starts here; feel free to reach out to us at any time if you have any questions about our center.