Discussions about insurance companies usually do not elicit warm and fuzzy feelings. The media rarely paints an uplifting picture of the American healthcare system, least of which the providers of coverage in the United States. And yet, the prospect of covering the cost of medical procedures and treatments is unthinkable without the assistance of an insurance provider. People who have undergone addiction treatment, in most cases, would have been unable without financial aid. One’s insurance rarely covers the total cost of rehab, but the portion insurers do cover is undoubtedly significant.

You are probably aware that in recent years millions of people have found themselves in need of addiction treatment; in many cases, detox, rehabilitation, and recovery is the difference between life and death. It may sound stark, but the rise in opioid use and misuse over the last two decades has led to an unprecedented number of overdose deaths; those in the throes of an opioid use disorder are highly susceptible to premature death. While the nature of the crisis is evident, finding viable solutions is anything but simple.

One of the more significant obstacles standing in the way of progress is the fact that unlike many other forms of addiction, opioid use disorder manifests from routine visits to a primary care doctor. That which begins as pain management quickly devolves into opioid dependence. Even though the disclaimers posted on the side of prescription bottles reveal the risk of complications, patients underestimate the dangers. What’s more, so do the doctors prescribing drugs such as OxyContin (oxycodone), Percocet (Acetaminophen / Oxycodone), and Vicodin (acetaminophen/hydrocodone).

Reducing The Number of Opioid Prescriptions 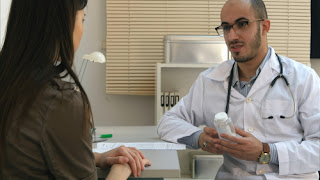 Most of the conversations we have today focus on heroin, and the dramatic rise in people using and dying on the drug. While heroin is a significant concern, we must not lose sight of the fact that medical offices are still ground zero. In March, the insurance giant Cigna announced that it brought about a 25 percent reduction in opioid prescribing among its members in just two years. The news is novel in respect to how the remarkable feat came to fruition; it may not be how you might think.

The simplest way to reduce opioid use is to prescribe less; the problem is that a blanket protocol to prescribe less can result in improper management of some patients’ pain. The 25 percent reduction is the result of Cigna staff doctors communicating with primary care physicians ensuring that they fully grasp how their prescribing practices line up with the Centers for Disease Control and Prevention (CDC) guidelines, Forbes reports. Taking it even further, Cigna showed doctors how their prescribing compared to that of other physicians. Previously, a statistically significant number of doctors for whatever reason didn’t understand that their prescribing methods were putting patients at risk; it is also vital to remember that not every doctor who has overprescribed is a lousy player placing profit over patient safety.

Cigna’s innovative approach helps doctors make adjustments when they see an incongruence in how they write prescriptions, such as the frequency, potency, and the number of refills. Now, Cigna is embarking on a mission to reduce opioid overdoses by 25% by December of 2021.

According to Forbes, Cigna plans to reduce opioid overdoses by 25 percent via:

“More than 9,000 provider groups and more than 130,000 prescribing clinicians have signed the Cigna opioid pledge,” Cigna said in March. On Thursday, the insurer stated, “The goal is to reduce prescription and illicit opioid overdoses in these areas, and Cigna will advance initiatives that impact both Cigna customers and the communities at large.”

Opioid use disorder, is a severe form of mental illness that requires detox and addiction treatment. Please contact the Hope by the Sea team to learn how we can assist you in breaking the cycle of addiction and adopt a program of recovery.