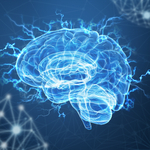 Addicts and alcoholics are dependent on drugs and alcohol respectively. Their brains are wired to expect feelings of euphoria and calm when they use various mind-altering substances. Over time, it takes more and more of said substance to achieve the desired feelings of relief—commonly referred to as tolerance. As you might imagine, over prolonged periods of pleasure-seeking behavior, using greater amounts progressively, the hooks of one’s addiction sink deeper and deeper.

If you have wrestled with the insidious Goliath of addiction, and later gone on to find recovery, then you have first-hand knowledge of the fact that you are not just susceptible to the drugs and alcohol. You are also attached to the actions, behaviors and rituals of substance use. When you first sought assistance in the rooms of recovery, somebody told you right from the start to avoid people, places and things that have a link to your addiction. That being around such things, especially early on, would likely lead to a relapse.

Sure, it seems like common sense. But common sense, while glaring, is commonly ignored by people with a history of substance use and abuse. As if addicts and alcoholics are somehow hardwired to think they are exempt or ineligible to fall victim to the various pitfalls that can lead to a relapse. It is easy to delude oneself into thinking that your environment in active addiction, had nothing to do with why you abused drugs and alcohol. A line of thinking that has led to countless relapses.

The Power of Cue Reactivity

After years of continued substance use, one’s brain becomes acutely sensitive to various forms of stimuli. The mind associates visuals, sounds and smells with release. Exposure to certain stimuli, can lead to reactions that pave the way to relapse—even in those with long term recovery. Cue reactivity, according to research published in the journal Addiction, is a type of learned response involving significant physiological and subjective reactions to presentations of drug-related stimuli (i.e. seeing a bottle of alcohol or smoking marijuana). Addicts and alcoholics who want to avoid relapse, typically avoid drug-related stimuli like the plague.

Some cues are harder than others to avoid, but even those who exercise extreme vigilance are at risk of exposure. While cue reactivity is a learned response that comes with little conscious effort, unlearning those types of connections is extremely difficult. It is possible, but it takes time, which is why people with long term recovery reiterate over and over to newcomers the value of staying close to the program and its members, while avoiding anything or anyone that can be linked to one’s addiction.

Weakening the Reaction to Drug-Taking Cues

It is not uncommon for recovering addicts and alcoholics to find themselves in a situation that they did everything in their power to avoid. They are exposed to a cue that leads to severe cravings, often too powerful to ward off. They begin to rationalize. Telling themselves that one drink or drug couldn’t hurt. And before they realize it, they have relapsed. It is regular occurrence among members of recovery programs.

What if scientists could develop a medicine that could weaken one’s reaction to drug-taking cues? That is, a medication that could make people in recovery less susceptible to relapse after being exposed to people using mind-altering substances or coming across a piece of paraphernalia. Well, it turns out that such a drug may already have been developed.

New research on a weight-loss drug has shown significant promise in achieving the aforementioned goal. Researchers from the Center for Addiction Research in the University of Texas Medical Branch at Galveston, found that the weight-loss drug Lorcaserin reduced oxycodone self-administration and cue reactivity associated with relapse in rodent models, MNT reports. The findings were published in the journal ACS Chemical Neuroscience.

Lorcaserin helps people eat less, by making them feel full by altering the brain’s serotonin system, according to the article. Serotonin has a hand in regulating the brain circuit that influences cue reactivity and drug reward. Study leader, Prof. Kathryn A. Cunningham, says:

“The effectiveness of lorcaserin in reducing oxycodone seeking and craving highlights the therapeutic potential for lorcaserin in the treatment of opioid use disorder.”