DEA Can’t Do Its Job

The American opioid addiction epidemic has no parallel in modern history. What has happened over the last two-decades is too difficult to understand and even harder to combat. At Hope by The Sea, we have seen firsthand the devastation caused by opioid use disorder. We are acutely aware that, more times than not, it’s a condition that begins with a legal prescription for opioid painkillers. Today, all the talk is about heroin, fentanyl and other synthetic opiates that have the power to kill. However, we must never lose sight of the actual driving force of this epidemic, the pharmaceutical industry.

When people are dying at staggering rates, society expects accountability—naturally. Over the years there have been several shifts in playing the dangerous game of blame. First, it was the patient’s fault, and then it was the doctor’s fault. Patients found diverting medication faced jail time; doctors who overprescribed met similar consequences. The attention turned next to the medical industry approach to pain management, to which the industry has made efforts to address. The next target was the pharmaceutical industry; from painkiller manufacturers to the local pharmacy.

In between companies like Purdue Pharma and pharmacies, such as CVS, are medication distributors. These are go-betweens in every sense of the word, they move OxyContin from Purdue to CVS. Notable distributors, you may know, have been in the news over the years for their role in the epidemic, i.e., McKesson Pharmaceutical and Cardinal Health. Such companies have been fined and sued for filling orders that were the very definition of suspicious. The fines did get paid, but according to a new report, pharmaceutical distributors won in the end. 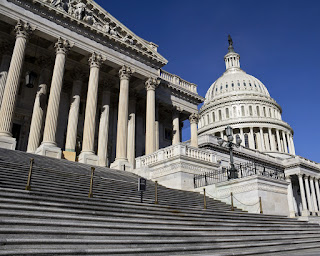 Joe Rannazzisi is a name that few had ever heard of before this weekend when The Washington Post and CBS: “60 Minutes” introduced him to America on Sunday. Rannazzisi, former head of the DEA’s Office of Diversion Control, a division of the agency responsible for regulating and investigating the pharmaceutical industry. The former DEA deputy assistant administrator, CBS reports, has a degree in pharmacy and law.

Going after doctors didn’t impact the abuse and overdose death rates, prompting Rannazzisi to set his sights on the opioid painkiller distributors. Naturally, distribution companies have nearly unlimited resources and unbelievable clout in Washington D.C. They used their influence and money to stymie Rannazzisi’s efforts; resulting in a severe blow to the DEA’s ability to cite and levy fines on such companies when they fill suspicious orders. Rannazzisi told CBS:

“This is an industry that’s out of control. What they wanna do, is do what they wanna do, and not worry about what the law is. And if they don’t follow the law in drug supply, people die. That’s just it. People die.” He adds: “This is an industry that allowed millions and millions of drugs to go into bad pharmacies and doctors’ offices, that distributed them out to people who had no legitimate need for those drugs.”

The pushback paid off with the passing of H.R.4709 – Ensuring Patient Access and Effective Drug Enforcement Act of 2014. This is a bill that the drug industry spent $102 million between 2014 and 2016 lobbying Congress to help pass, according to The Washington Post. Before H.R. 4079, the DEA could freeze narcotic shipments that they deemed suspicious. The new industry-friendly law makes it nearly impossible for the DEA to stop the flow of suspicious orders.

“If I was gonna write a book about how to harm the United States with pharmaceuticals, the only thing I could think of that would immediately harm is to take the authority away from the investigative agency that is trying to enforce the Controlled Substances Act and the regulations implemented under the act. And that’s what this bill did.” — Rannazzisi said to CBS.

Please take some time to watch the “60 Minutes” segment. For a more in-depth analysis of how this all came to be, turn to The Washington Post.

It’s hard to say what will come of the reporting mentioned above. Hopefully, it will lead to change for the better. In the meantime, efforts must continue to encourage everyone who has been caught in the cycle of prescription opioid addiction to seek help. If you are one of those individuals, please contact Hope by The Sea. From medical detox to residential treatment, we can help you set a course for long-term recovery.