Skilled nursing homes have made headlines a lot during the COVID-19 pandemic. Such facilities typically care for individuals in their final years; many of them have pre-existing health conditions requiring round-the-clock observation. Naturally, a good size portion of such patients has immune system-weakening conditions that make them highly susceptible to contracting the coronavirus. A large number are unable to fight off the virus and succumb to the illness.

If you have been following the news of late, you know that some skilled nursing homes have lost many patients since the outbreak of COVID-19. The Centers for Medicare and Medicaid Services (CMS) reports 142,231 nursing home residents have contracted SARS-CoV-2, but that number could be shy by nearly a hundred thousand cases. Moreover, the organization can confirm at least 38,518 (2,500 in California) coronavirus-related deaths at skilled nursing homes as of July 12, 2020.

Nursing homes across the country play a vital role in supporting elderly Americans and taking in people who no longer require hospital care. The majority of families do not have the expertise or resources to care for a senior loved one, so assisted living facilities are a logical option. However, it turns out that some nursing homes discriminate when it comes to who they will admit.

A study conducted at Boston Medical Center’s Grayken Center for Addiction found that 29 percent of Massachusetts nursing facilities (83) flat-out denied admittance of patients with a history of drug use, WBUR reports. What’s more, such organizations did little to hide the discrimination.

Refusing Patients With a History of Opioid Use 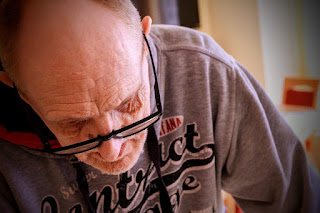 The American opioid epidemic has touched people of all ages and walks of life. Like the young, many elderly Americans have developed an opioid use disorder (OUD), often stemming from drugs prescribed for chronic pain. While some people are able to address the problem and escape the clutches of OUD, that is not the case for everyone.

A significant number of men and women in the twilight of their lives continue taking narcotics or drugs to manage their addiction like Suboxone or Methadone. Referred to as medication maintenance – a controversial treatment method approved by the National Institute on Drug Abuse (NIDA) for OUD – the practice can mitigate the risk of a patient turning to the street for drugs that could contain fentanyl.

Researchers found that nursing homes are not admitting patients who are prescribed opioid use disorder medication. They also discovered something surprising: skilled nursing and rehab centers wrote, “do not take people who use drugs” or “do not accept methadone patients” in the comments for rejecting referrals.

“Typically with discrimination, people are not quite so open,” said Dr. Simeon Kimmel, lead author of the report published in the Journal of Addiction Medicine. “So it really was surprising to us that we found so much open discrimination.”

As you can probably imagine, the practice of denying admission based on drug use history was brought to the attention of the legal system. Federal prosecutors stated unequivocally: citing addiction as a reason to deny access violated the Americans with Disabilities Act. A settlement was reached between a nursing facility and a patient who was rejected because of suboxone.

The study focused on nursing centers in Mass., but skilled nursing and rehab centers in other states are likely committing similar forms of discrimination. Health care facilities must treat a patient, regardless of their drug use, according to federal regulation.

Opioid Use Disorder Treatment in California

We invite you to contact Hope By The Sea if you are struggling with an opioid use disorder involving prescription narcotics or heroin. Our evidence-based programs can help you lead a healthy and productive life in addiction recovery.