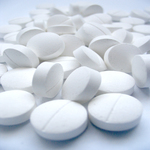 Two of the most commonly sought after prescription narcotics that people abuse are oxycodone and Percocet, opioid painkillers that are highly addictive. As doctors prescribe such drugs with more caution, many users are finding it more and more difficult to acquire the drugs, forcing them to turn to the street for either diverted medication and/or heroin. Naturally, whenever one buys something from black markets, there is little guarantee they will get what they thought they were buying.

A couple weeks ago we wrote about researchers who are working on developing a vaccine that render the extremely powerful opioid narcotic fentanyl useless by destroying the drug before it crosses the blood brain barrier. It would seem that such a tool could not come any sooner, considering new reports of people disguising fentanyl as less potent opioids, the Associated Press reports. Fentanyl can be manufactured with relative ease in clandestine laboratories, and is 80-100 times more powerful than morphine.

If people are not aware that they are using fentanyl, it can be a recipe for disaster due to the heightened potential for a fatal overdose. Recently, Tennessee officials have 24 cases where pills labeled as oxycodone or Percocet that were actually fentanyl, according to the article. What’s more, federal agents seized 900 pills marked as oxycodone in Cleveland, which they later discovered to actually be fentanyl.

You might ask yourself, why would someone mark a more potent drug as being something less strong? It turns out that while fentanyl is a lot stronger, oxycodone fetches a much higher price; an incentive that can be deadly to unsuspecting addicts.

“People might otherwise say, ‘I know I can abuse this much of oxycodone,’ and they may be in for a really, really bad surprise when they find out that’s fentanyl and not oxycodone,” Dr. Thomas Gilson, the Cuyahoga County, Ohio medical examiner.

The nation is in the grips of an opioid epidemic, and while it may be more difficult to acquire the highly sought after prescription opioids, there are always going to be people who figure a way around such obstacles. The risks are too high, if you struggle with prescription opioid and/or heroin addiction, please contact Hope by The Sea to begin the journey of recovery.