Prescription opioids are sought out at unprecedented rates in America these days, but addicts seek out other drugs as well. It is for that reason that lawmakers and health experts should reëvaluate the opioid epidemic, what we have is an addiction epidemic. Stimulants are a significant concern in the U.S., once again.

The methamphetamine coming into the country is significantly more potent than the homegrown crank of the early 2000’s; the spike in meth use has led to several documentaries on the subject. What’s more, the Drug Enforcement Administration (DEA) released a report last year showing that cocaine use and availability is rebounding.

While cocaine is considered a safer “hard drug” than opioids, now fentanyl-laced cocaine has become a regular occurrence—users are at significant risk of overdose and death. Young people looking to enhance their weekend party experience may find they have bitten off more than they can chew. People with cocaine use disorder are at significant risk of fentanyl exposure. It’s worth noting that cocaine can cause an overdose even without fentanyl’s help. 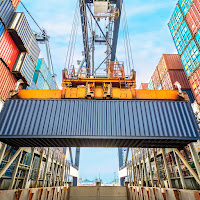 With all the news about opioids and talk in state houses about opioid use prevention and treatment, law enforcement can quickly lose sight of the big picture; cartels are flooding the U.S. with many addictive and deadly narcotics. Much of the American public believes that cocaine use is no longer a significant problem in America. The truth is quite the opposite!

On November 2, 2017, Federal agents seized a massive shipment of cocaine in Philadelphia, CBS News reports. Stashed inside bedroom furniture, the 250 bricks (700 pounds) of cocaine valued at $22 million, is the most massive bust in a decade. The sheer size of the shipment gives readers a clear sign that the cocaine business is thriving in America.

As an aside, what made the seizure even more interesting is how the powder made its way into the country in the first place. It turns out that the bedroom furniture and kitchen cabinets full of coke came in shipping containers from Puerto Rico. Yes, the same U.S. island territory recently caught in Hurricane Maria’s (Category 4 with 150 mph winds) destructive path on September 20, 2017. On November 18, some two weeks after the bust in Philly, a little over half of Puerto Rico still hadn’t had their power restored.

“Customs and Border Protection knows that transnational drug trafficking organizations will take advantage of natural disasters, and in this case an island struggling to recovering from a crippling hurricane, to smuggle dangerous drugs to our nation’s mainland,” Joseph Martella of CBP said in a statement. “CBP officers remain ever vigilant to interdict narcotics loads, and we are pleased to have stopped this deadly poison shipment before it could hurt our communities.”

If you are living with cocaine use disorder and would like to begin the journey of addiction recovery, please contact Hope By The Sea. Our team of highly trained, professional addiction specialists can help you break the cycle of the disease and self-defeating behavior.