The United States needs to have an open and honest conversation regarding drug use, misuse, and addiction; the walls of stigma are broken down by national discourse about the subject. In recent year, many of you have likely noticed the new trend in addiction-related programming; both documentaries and a number of movies and series have tackled the subject matter. Just last year alone, both Netflix and HBO released content about the “war on drugs,” the American opioid addiction epidemic, and a new wave of methamphetamine abuse.

Some of you may have watched Heroin(e) on Netflix, while others may have seen Meth Storm on HBO toward the end of November. The first, deals with the struggle to help people battling opioid use disorder, while the latter deals with methamphetamine use in Arkansas. Both of the media giants are using their global reach to get people thinking about the gravity of the situation, which could lead to some solutions down the road.

Documentaries about addiction are essential for many reasons, one important one being that they show the general public how the disease manifests. What viewers see, in many cases, are people who look just like them self; this helps people to understand that addiction doesn’t discriminate. What’s more, programs about substance use disorders depict that while it can be difficult to achieve, recovery is possible. 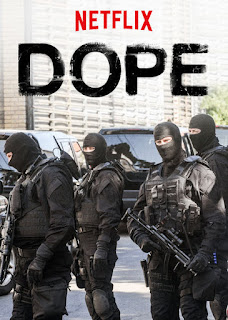 A new docu-series from the director of National Geographic’s Drugs, Inc., Dickon Le Marchant, Dope, is filmed from the perspectives of dealers, users and the police; it’s an up close and personal look at the “war on drugs” in America, today. The series is broken up into four parts:

The docu-series doesn’t seem to offer much in the way of how to end the war on drugs and all the stigma that goes along with it; however, the fact that it’s shot from many perspectives provides viewers a unique picture of the frontlines of addiction in America. In some ways, it’s a reality TV version of another Netflix biopic series, Narcos; which highlights the rise and fall of Pablo Escobar during America’s first national addiction epidemic. If you’d like to watch the trailer, please click here.

Looking for more documentaries on the subject of addiction? We’ve created a short list below:

If you or a loved one is battling an alcohol or substance use disorder, please contact Hope by The Sea. We can help you break the cycle of addiction, and begin a life-changing journey of lasting recovery.