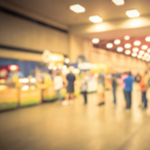 If you have been attending 12-Step recovery meetings for even a short time, then you are probably aware by now that coffee is a staple beverage to many people working a program. Making the caffeinated beverage for meetings is a commitment for some members and drinking it at meetings is a must for many more. After meetings end, meeting-goers will often gather at local coffee houses to drink more coffee and chat about various things—program related or not. Some will head to such establishments to do step work with their sponsor.

The point is, coffee is in many ways a constant in recovery. One could easily argue that no other drink has been a part of so many lives changing for the better than coffee. And a major reason that people in recovery ask newcomers to join them for a cup of joe at a coffee house is that, unlike restaurants, cafes typically do not serve alcohol. Which makes such establishments a perfect environment for those who have yet to strengthen their recovery legs.

It seems like most Americans turn to Starbucks for their coffee. This makes sense because no other coffee purveyor is as ubiquitous as the Seattle-based franchise. Which is why it came as a disheartening shock to many working a program when Starbucks announced in 2012 that they would begin offering beer, wine and spirits at locations across the country. In 2015, the company launched their “Evenings” program, which offered a tapas food menu, along with beer and wine.

Alcohol Didn’t Make Sense, After All

For many young adults, alcohol at Starbucks was probably quite welcome. For a number of people working a program of recovery whose Starbucks became one of the more than 400 select locations selling alcohol, it was time to find a new coffee shop. However, it seems that the coffee powerhouse had second thoughts about moving forward with the Evening’s program and began pivoting away from alcohol, towards healthy lunch options in January 2017, Time: Money reported. Which means, there will be over 400 more newcomer friendly coffee houses in the near future.

It is always worth pointing out that people in recovery do not, and should not need to totally eschew every establishment that sells alcohol. The substance is so pervasive, it is almost impossible to avoid being around it in certain situations. Yet, for those who are still new to the Steps, and the pitfalls of early recovery, any time you can steer clear of alcohol—the better. You never know what might trigger you to crave alcohol. But, if you follow direction and practice the principles of recovery in all your affairs, there will hardly be a situation that involves alcohol that you can’t navigate through.

Although, it requires that one be vigilant about being honest with yourself and with others in the program, if you are to get to a place where that is possible. This is vital because it seems that more and more activities that were once safe havens for people in the program are now catering to people with a taste for alcohol

In many states across the country, movie theaters are now offering alcohol at the concession stand. Along with buttery popcorn and Sno-Caps, moviegoers can now buy beer and wine. Going to a movie after a meeting is a common occurrence among many young people in the program. It is an activity that has historically been early recovery friendly. Not so much anymore.

That is not to say that newcomers can’t go see a motion picture anymore. Rather, if you are going to a theater that caters to drinkers, you probably should go with another member in the program. Going it alone is not worth the risk. The stakes are far too high.