When people think about the American opioid addiction epidemic, OxyContin (oxycodone) almost always comes to mind. The U.S. Food and Drug Administration (FDA) approved the Perdue Pharma drug in 1995, and the potent drug quickly found its way into medicine cabinets across the country. An overdose scourge soon followed and continues to this day.

While makers of OxyContin played a massive role in the story of America’s most significant drug-related public health crisis to date, there are many other addictive and potentially lethal narcotics prescribed en masse. Vicodin, Percocet, Dilaudid, to name a few. An NPR analysis shows that doctors across the country doll out enough opioid prescriptions each year for half of all America.

The FDA is responsible for protecting the public’s health, but one could make the case that the administration’s actions have contributed to the problem we face today. Over the last couple of decades, we’ve seen the FDA approve new, powerful opioid pain medications. In some cases, the federal agency has even fast-tracked pharmaceutical company narcotic submissions despite concerns from experts on advisory panels.

The FDA has received a lot of flak for new approvals of strong narcotics amid a public health crisis directly linked to prescription painkillers. The agency approved Opana ER (oxymorphone hydrochloride extended-release tablets) in 2006, despite the steady rise in overdose deaths each year since 1995. In 2013, Zohydro ER (hydrocodone bitartrate extended-release capsules) was given the green light even though it had no abuse-deterrent properties.

“We are facing an opioid epidemic – a public health crisis, and we must take all necessary steps to reduce the scope of opioid misuse and abuse. We will continue to take regulatory steps when we see situations where an opioid product’s risks outweigh its benefits, not only for its intended patient population but also in regard to its potential for misuse and abuse.” 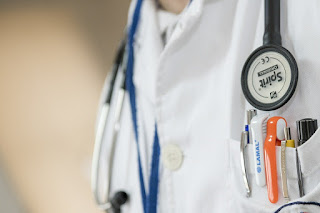 Some years back, the U.S. Centers for Disease Prevention and Control (CDC) decided to weigh in on prescription opioids. They issued a set of guidelines for providers to follow when prescribing opioids. Many doctors pushed back; they took issue that the nation’s health protection agency would have suggestions that could save American lives.

It’s been more than four years since the CDC issued prescribing recommendations. While some doctors took the guidelines to heart and are more discerning, many have not. Dr. Jonathan Chen, a physician and researcher at Stanford University Medical Center who studies prescribing patterns, said:

Amid a global pandemic, substance abuse and overdose are on the rise. We shared Dr. Nora Volkow, Director of the National Institute on Drug Abuse (NIDA), had concerns about a spike in overdoses with you a couple of weeks ago.

This week, the FDA issued new guidelines for doctors regarding the overdose reversal drug naloxone. The agency advises providers to inform patients who are taking opioids about the life-saving drug. Physicians should also tell patients that naloxone can be picked up at pharmacies without a prescription.

“Even during this global pandemic, we have continued to prioritize addressing the opioid crisis,” said FDA Commissioner Stephen M. Hahn, M.D. “Today’s action can help further raise awareness about this potentially life-saving treatment for individuals that may be at greater risk of an overdose and those in the community most likely to observe an overdose. We will use all available tools to address this crisis, and we know efforts to increase access to naloxone have the potential to put an important medicine for combatting opioid overdose and death in the hands of those who need it most – those at increased risk of opioid overdose and their friends and family.”

These are challenging times for every American and can be even more difficult for those battling an alcohol or substance use disorder. If you or a loved one is struggling with opioids, Hope By The Sea can help. Please contact us today to learn more about our evidence-based programs for addiction recovery. Hope Starts Here!