FDA Advisory Panel in Favor of Opioid Training for Doctors 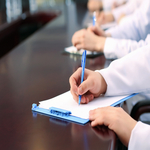 In the United States, if a doctor would like to prescribe drugs for treating opioid addiction, such as Suboxone (buprenorphine), they are required to have specific training. After the training, they can only prescribe Suboxone to 30 patients during the first year, after which the probation is lifted and they are allowed to prescribe to 100 patients. There is no scientific reason for the buprenorphine prescribing cap and in light of the American opioid epidemic efforts that are underway to amend the restriction.

You may find it ironic to learn that doctors are not required to undergo any specific training to prescribe opioid narcotics to their patients for the treatment of pain, the same drugs that lead to addiction and the need for medications like Suboxone to treat the problem. It should go without saying, that doctors should be well versed in the field of pain management and be taught how to spot med-seeking behavior; it could be argued that a lack of training was one of the causes of the opioid epidemic raging in the U.S.

This week, at the urging of the Food and Drug Administration (FDA), an outside group of experts met to discuss requiring training for doctors if they are going to prescribe opioids. On Wednesday, the FDA advisory panel voted unanimously in favor of recommending that doctors undergo opioid training, The Wall Street Journal reports. While the agency often follows the recommendations of the expert panels, they are not required to do so.

In 2012, a similar advisory panel made the same such recommendation which the FDA failed to heed. The reasons for this had less to do with pressure from the pharmaceutical industry than you might think; in fact the pressure to go in the other direction came from the American Medical Association (AMA). The nation’s largest doctors’ organization opposed mandatory opioid training because the majority of doctors do not prescribe opioid narcotics.

Here we are, nearly four years later, the epidemic is still ever present, and the need for action is paramount – the time is now. The Centers for Disease Control and Prevention (CDC), the FDA and even the pharmaceutical companies who manufacture opioid painkillers are in favor of such training. Hopefully, the FDA will be on the right side of history regarding the recommendation from the advisory panel.

“We need to teach people to use these drugs sparingly,” said committee member Jeanmarie Perrone, a professor of emergency medicine and toxicologist at the University of Pennsylvania.