For several years we at Hope by The Sea have been trying to help raise awareness about the risk of opioid overdose death. Especially high when the powerful analgesic fentanyl is brought into the equation. While it is rare to meet an adult in the U.S. who has never heard of the drug, or a person with an opioid use disorder being unaware of the reality that fentanyl is commonly mixed with heroin. The drug is 100 times more potent that morphine and is often double the strength of heroin. When fentanyl is added to heroin, it exponentially increases the potency of what is being snorted, smoked or injected. Thus, placing users at great risk of overdose and potential premature death.

Even though fentanyl is being talked about much these days, being tied to even more deaths than heroin last year, it’s likely that many opioid users do not realize how prevalent illicit fentanyl is in this country. Much of this may be due to the fact that users are mostly caught unawares of the fentanyl’s presence in their own heroin. And, if it is present, there is a good chance that one has already died of an overdose, too late to even discuss it after the fact. It is for those reasons that anyone using heroin should strongly consider seeking treatment before they are inevitably exposed to this deadly opioid narcotic.

The Prevalence of Fentanyl 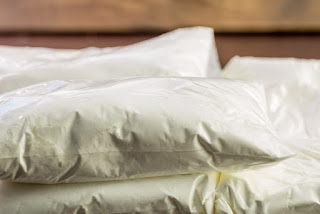 Earlier this month we shared some startling figures with you about fentanyl. Data indicating that fentanyl was involved in more overdose deaths than heroin in 2016. What’s more, the number of overdose deaths in 2017 are expected to top last year’s figures; fentanyl will have a significant role in this unfortunate eventuality. People with opioid use disorders need to take the threat of synthetic opioids seriously, and make a concerted effort to get help as soon as they possibly can. The odds of being exposed to fentanyl are not in anyone’s favor.

People being exposed to fentanyl unbeknownst are not isolated events. More of the drug is pouring into the United States than ever. The Office of the Special Narcotics Prosecutor for the City of New York announced the seizure of 122 kilograms of narcotics (nearly 270 pounds), including 64 kilograms (over 140 pounds) of pure fentanyl. That is enough fentanyl to kill 32 million people. For some perspective, consider that in 2016 the population of California was 39.25 million.

“The sheer volume of fentanyl pouring into the city is shocking. It’s not only killing a record number of people in New York City, but the city is used as a hub of regional distribution for a lethal substance that is taking thousands of lives throughout the Northeast,” said Special Narcotics Prosecutor Bridget G. Brennan. “The success of these two investigations underscores the critical importance of collaboration. Each of the law enforcement partners made a significant contribution to the removal of 270 pounds of lethal narcotics from the black market.”

Only four people have been charged thus far in this huge narcotic bust. But, this case is just one example of how much of the drug is coming into the country. Drug dealers are not going to tell users that their heroin has fentanyl in it, and as was pointed out earlier: If a person finds out — it’s often too late.

Synthetic opioids are not substances to fool around with. The best way to avoid them is to seek addiction recovery. After all, authorities can’t stop or seize everything coming into America. Addiction recovery is possible, and the sooner you reach for it, the less likely you are to experience tragedy. Please contact Hope by The Sea, we can help you undergo opioid detoxification with medical supervision and show you how living life in recovery is possible.