Heroin is on many people’s mind today, literally and metaphorically. Estimates indicate that over 2 million Americans are hooked on prescription pain medications, an over half a million are “chasing the dragon”—a euphemism for smoking heroin. Of course, many heroin addicts have segued to intravenous use, an even deadlier iteration of opioid use disorder. Addiction of any kind is pernicious, holding immense power over the individuals it affects. However, being dependent on opioids carries an ever more significant risk of premature death.

You know from first-hand experience, or from the news, the horrific nature of opioid addiction. Perhaps you’ve picked up on the fact that Americans have an extraordinary relationship with this family of drugs. Research tells us that the United States uses the market share of all the prescription opioid manufactured on the planet, despite the fact that we account for about five percent of the global population. Seeing the figure, you might be tempted to think that WE are in more pain than the rest of the world, in spite of being a country defined by affluence. Try as you might, making sense of this epidemic is a difficult undertaking, but try we must, if we are ever to get to the other side.

Addiction has always been a significant concern, and it will be in America evermore. Let’s face it; opiate narcotics are only one facet of the American use disorder story; we have a long history with other substances and alcohol is responsible for far more losses each year than opioids. One of the reasons opioids are under the spotlight is because in a short period such materials have taught us a lot about the nature of the mental illness. Opioid use disorder challenges centuries-old beliefs about mental health disorders in this country, particularly regarding who these types of conditions affect.

From Skid Row to Beverly Hills

Working in the field of addiction medicine teaches you a lot of things about misconceptions and stereotypes. Society’s picture of alcohol and drug use are rarely accurate, leading most Americans to form ideas about such conditions that hardly resemble the truth. Many a narrative would have people think that the alcoholic is the sot panhandling in the gutter, or the opioid addict is wasting away in tenement housing itching for their next fix. Ideas like those allow the general public to delude themselves into thinking that they are safe from addiction because they come from a good family, are educated, and have a good job. Such stories give parents who do everything for their children peace of mind.

While it’s true, many addicts and alcoholics come from hard backgrounds and with experiences that could make addiction seem like a foregone conclusion; the opioid addiction epidemic shows society that even when life goes perfectly mental illness can come calling. In a sense, there are two stories of addiction in this country today, the people everyone expects to have problems, and the one about who no one could see it coming, i.e., Philip Seymour Hoffman, Michael Jackson, Prince. It’s not just celebrities either, children raised in wealthy homes, young adults at Ivy League schools, and highly successful individuals you’ve never heard of battle mental health problems.

When you consider that even when affording a person every opportunity to be free from heartache, they are not immune; with that in mind, it is also a testament to why we should never judge a book by its cover. Just because it seems unthinkable that a person who has it all could struggle with drugs, even a drug like heroin and its many negative connotations, doesn’t mean it can’t happen. In fact, many people who seemingly have the world at their fingertips are actively fighting for their lives against heroin addiction.

The Silent Side of Addiction 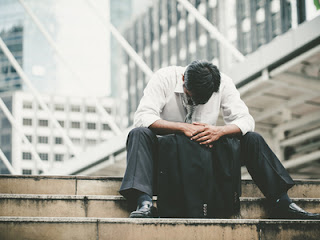 All of you have likely heard the expression “functioning alcoholic” before, you might even know one or two people who drink insatiably and yet somehow manage to hold down a high paying job. Such people who could benefit from help but have yet to find a reason or the courage to stem the tide of mental illness. However, it’s probably less likely that you’ve ever met a “functioning heroin addict,” and there are good reasons for that being the case.

Heroin, unlike alcohol, is illegal. It isn’t a drug you come across at even the most free-spirited of get-togethers. Even before the epidemic, the world had made up its mind about the drug and the kind of people who use it, i.e., dope fiends, junkies, et al. Using such a drug isn’t something people advertise; having a whiskey at a business luncheon, sure—chasing the dragon, surely not. Even today, with all the famous people ODing on opioids, the media focuses mainly on poor and rural Americans battling opioid use disorder. News coverage of the epidemic tends to avoid affluent heroin use that exists in America, which wasn’t lost on CNN Senior Writer, Jessica Ravitz. She recently interviewed heroin addicts that are incredibly competent at hiding their condition, in a piece titled, “Inside the Secret Lives of Functioning Heroin Addicts.”

Please take some time soon to read the article at length. You will not be sorry. If you are in recovery, there is a chance that you will hear echoes of your story in the piece. Ravitz’s work is essential, as it’s an accurate portrayal of the dichotomy of addiction in American. Mental illness cares little of where you came from or how much money you have; a rich addict is no better off than impoverished users. Functioning opioid addicts face the same life-threatening risks as people living on the streets. One thing’s for sure, a disease thrives in silence and treatment is a must.

If you are battling opioid use disorder, functioning or not, please know that the longer it persists, the more significant the consequences. Please talk with your friends and family about what is going on when nobody is around. It can save your life. If you believe you are ready to begin a journey of recovery, please contact Hope by the Sea today.