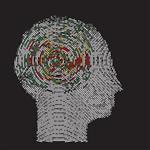 When thinking of mental health disorders and electricity, grim pictures of psychiatric wards and electroconvulsive therapy (ECT) probably come to mind. Who can forget the scenes in One Flew Over the Cuckoo’s Nest (1975), et. al.? While such representations are often grossly inaccurate, in the procedure’s infancy horrible atrocities were in fact subjected upon patients. We often form our opinions about certain things based on how they appear on the silver screen, but much of the time they are not accurate representations, leading to people viewing things that can actually help patients as being barbaric.

There are number of different medical procedures conducted today that involve the use of electrotherapy. Patients suffering from certain mental health disorders have benefited from the use of ECT—where all other treatments have failed. In recent years, movement disorders and neuropsychiatric disorders, like Parkinson’s, have been treated with deep brain stimulation (DBS). The procedure involves the implantation of neurostimulators in the brain, which send electrical impulses to certain targets, according to the History of Deep Brain Stimulation. 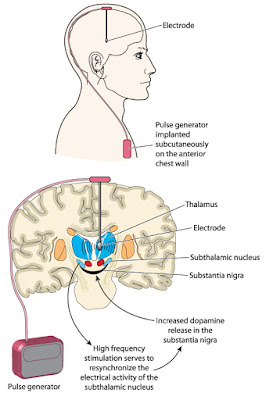 DBS is now being researched for the treatment of a number of disorders, such as PTSD and major depression, as well as addiction. In fact, a new animal study has found that DBS significantly reduced the urge to use heroin in standard rat models of addiction, The Scripps Research Institute (TSRI) News. The findings are especially important given that relapse rates among heroin addicts are especially high. The findings were published in the journal Neuropsychopharmacology.

Researchers implanted electrodes into the subthalamic nucleus region of the brain, according to the article. The same region which is targeted with Parkinson patients, and DBS can modulate abnormal muscle activity in some patients. However, researchers have found that targeting the subthalamic nucleus can also modulate compulsive behaviors like gambling, shopping and the compulsion to use certain drugs (i.e. cocaine).

In the new study, rats were allowed to self-administer heroin for 12 hours per day over a two-week period, the article reports. The rats were then forced to abstain from the drug for a two-week period and then it would be restored again. After the abstinence period, rats who did not undergo DBS rapidly re-escalated their intake, whereas those that did have the DBS exhibited low intake of the drug. When the researchers turned off the DBS, those rats re-escalated their intake like the others.

“It has been very difficult to reduce heroin-seeking and -taking in an animal model because heroin is such an addictive drug, but the results here are very impressive,” said the study’s principal investigator Olivier George, an associate professor in TSRI’s Committee on the Neurobiology of Addictive Disorders. “This is the type of preclinical evidence that one needs, in order to start testing this strategy in humans.”