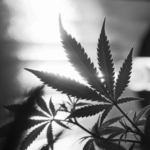 With November quickly approaching, the more we understand about marijuana the better. A number of states, including California, have marijuana legalization on the ballot. If passed, it will mean that adults over the age of 21 years of age will be allowed to purchase and use cannabis legally. As of right now, there are four states which have recreational use laws, they include Alaska, Colorado, Oregon and Washington. This November, the four states likely to join the pack are Arizona, California, Maine and Nevada.

While marijuana legalization remains to be a hot button topic because there is still a lot we do not understand about the short and long term of effects of marijuana use, the silver lining is that the states that have taken a more relaxed stance on the drug have paved the way for new research on the drug.

New research, conducted at Colorado State University, sought to determine the effects of marijuana on the emotional process, Science Daily reports. The researchers found that marijuana use can affect one’s ability to recognize, process and empathize with emotions, such as anger, happiness and sadness. The findings were published in PLOS ONE.

The researchers connected 70 legal cannabis users to electroencephalograms (EEG) and showed them pictures of faces depicting four separate expressions, according to the article. The expressions include:

The participants who used cannabis responded more to the negative expressions, and they had a diminished response to positive expressions. The research showed that marijuana users were less able to empathize with their emotions, when compared to the controls, the article reports. Cannabis users had more trouble “implicitly” identifying emotions. Lucy Troup, assistant professor of psychology at CSU, points out that:

“We’re not taking a pro or anti stance; but we just want to know, what does it do? It’s really about making sense of it.”