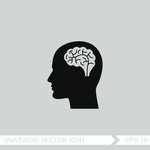 With more states hopping on board the “marijuana legalization train” this month, including the California, it is more important than ever that researchers continue probing how the drug affects humans in the short and long-term. How marijuana impacts the brain is crucial for preventative methods going forward. For example, which age group, gender and ethnic backgrounds are at greatest risk of experiencing negative outcomes of cannabis use.

There are several people who contend that marijuana is significantly safer than other legal substances, such as alcohol and tobacco. And, that very well may be the case in the long run. However, research has long indicated that heavy marijuana use can take a serious toll on cognitive functions, such as memory, particularly wreaking havoc on developing brains. It is vital that that information be made readily available for preventative efforts, considering that marijuana is the most commonly used mind altering substance among young people, after alcohol.

What’s more, the changing sentiments regarding cannabis in various states could give young people the wrong impression. Leading them to think that because it is legal, it is safe. Scientists understand that the human brain is still developing into the mid to late twenties. Introducing mind altering substances of any kind into the mix can prove to be detrimental, potentially resulting in mental health problems. We also know that marijuana can take a toll on memory, which fits nicely into the stereotypical representation of a “stoner.”

While it is widely agreed upon that using cannabis impacts memory, researchers were not exactly sure how. New research suggests that cannabinoids, such as tetrahydrocannabinol (THC), activate receptors in the mitochondria of the brain’s memory center, causing amnesia, MNT reports. The research was published in the journal Nature.

The findings are not only important for giving a more concise picture of how marijuana affects the brain, they could also lead to the use of new therapeutic cannabinoids, according to the article. There are millions of Americans with legitimate health problems who rely on cannabis for relief, yet many of those people do not like the side effects that accompany use. The findings of the study are the next step in developing treatments that help people with their condition, without patients having to sacrifice cognitive function.