Identifying and Addressing Alcohol Use Disorder

Alcohol use is a significant component of the lives of many people. In some ways, drinking is ingrained in the fabric of society. Despite the harm that can arise from use, it is socially acceptable to drink in a concerning manner. Millions of Americans binge drink each week, and while that doesn’t mean all binge drinkers have an AUD, a good many do meet the criteria.

According to the Global Status Report On Alcohol and Health, an estimated 283 million people aged 15+ years had an alcohol use disorder or AUD in 2016. It is likely that the number of people living with AUD is much higher, due to under-reporting given the ever-pervasive stigma attached addiction. Moreover, many people do not believe that their use of alcohol is cause for making changes. 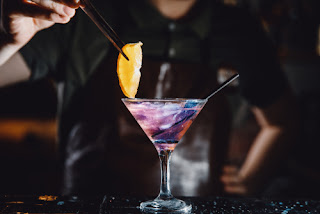 Determining if you require help for alcoholism is a subjective endeavor, in many ways. Everyone leads a different existence; we do not all share the same responsibilities and therefore do not suffer the same consequences from problematic use. And, not experiencing the adverse effects of drinking, doesn’t mean a person doesn’t have a problem. The point is that identifying who needs help and who does not is a difficult task, but there are guidelines for helping the process along.

Identifying and Addressing Alcohol Use Disorder

In The Diagnostic and Statistical Manual of Mental Disorders, Fifth Edition, alcohol use disorder is defined as a problematic pattern of alcohol use leading to clinically significant impairment or distress as manifested by at least 2 of the following criteria over the same 12-month period:

This time of year is when many people first come to realize that they may have a problem with alcohol. Originating in the United Kingdom, Dry January is a public health campaign promoting abstinence for January that is popular in America as well. While the goal is simple, don’t drink for 31 days, many people find the challenge exceedingly demanding. Many who feel a desire to abstain often find it an impossible task. Not meeting the challenge doesn’t mean a person has a problem with alcohol, but it should lead such people to explore their relationship with alcohol further.

The World Health Organization (WHO) estimates that more than 3 million people died in 2012 due to damage to the body caused by drinking. If you meet any of the criteria listed above, and attempts at abstinence have been unsuccessful, we strongly encourage you to seek professional assistance.

Please contact Hope By The Sea if your or a loved one’s alcohol use is problematic; we will treat you with the respect and care you deserve. Alcohol use disorder is a treatable condition, and the miracle of recovery can be yours too. Our affordable alcohol rehab can help you begin the life-changing process of recovery.