While major Western countries have long been looked at as beacons of enlightenment, is no secret that such countries have taken draconian stances to drug policy. Time and time again we have written about the realities here at home, a democracy that houses more prisoners than any other major country with 2,220,300 adults being incarcerated in US federal, state prisons, and county jails in 2013, according to the US Bureau of Justice Statistics (BJS). That is 698 inmates per 100,000 people.

It has also pointed out that a staggering number of those incarcerated are serving time for nonviolent drug offenses. In some cases, serving life sentences. It is nothing short of a dismal reality that for far too long addiction has been treated as a crime. Although it is a treatable mental health disorder, those in the grips of the disease are not given the opportunity to seek recovery. Being sent to jail or prison instead. 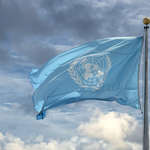 We would be remiss if we didn’t point that a number of changes have occurred in recent years to reverse some of our wrongs. Pardons and commutations have been granted to a number of nonviolent offenders, some efforts to repeal or amend mandatory minimum sentencing laws have been successful and several states have either decriminalized or legalized recreational use of marijuana. All of which being a sign of more drug policies evolving—for the better. However, when thinking about legalization, few Americans have considered the impact that it might have on United Nation international drug control treaties.

Western nations have historically had a similar approach when it comes to drug control policy and prohibition. Treaties have been signed by way of the United Nations, leading to most member countries prohibiting the non-medical use of amphetamines, cannabis, cocaine and heroin, Science Daily reports. As countries like Canada, Uruguay and the United States change their stance on marijuana, it is (in effect) a violation of such drug control treaties. Professor Wayne Hall has some thoughts on this subject which were published in the scientific journal Addiction.

Regarding decriminalization, Professor Hall calls for a “cautious approach to policy reform that would involve trialing and evaluating the effects of incrementally more liberal drug policies.” He outlines a number of considerations that could help nations implement treaty changes or different policy interpretations:

It is important that We work with our foreign allies in ensuring that people affected by addiction get the treatment they need. It is the best method for reducing the harmful byproducts of drug use and abuse, such as dependence, overdose and premature death. The United States is not alone when it comes to high rates of addiction, and expanding access to treatment around the globe makes all of us healthier.

If you are struggling with addiction, please contact Hope by The Sea. The longer your condition is left untreated the greater the likelihood of you experiencing heartache and serious health consequences. Our team of highly trained addiction professionals can help you break the cycle of self-defeating behavior and show you how living a life in recovery is possible.