National news outlets continue to focus on the rising tide of synthetic opioids like fentanyl and heroin overdoses. They are also bringing methamphetamine back into the spotlight, along with raising awareness about increasing rates of sedative use. No matter from what angle you approach all these subjects, it is clear that America is amid an addiction epidemic.

Substance use and abuse is a public health crisis in the United States. More than 100 Americans lose their lives to an overdose each day. Hundreds of thousands of deaths have occurred in the last two decades from opioid use alone. It is vital that we never lose sight of how the opiate problem came to be so terrible.

Even though it has become more challenging for some individuals to acquire opioid painkillers from doctors, it is not impossible. Many physicians still have few qualms about doling out opioids en masse. What’s more, no amount of Federal prescribing guidelines will bring back people’s loved ones. It is critical that the pharmaceutical industry is held accountable for disseminating misinformation and turning a blind eye to reckless prescribing practices.

Companies like Purdue Pharma – the makers of OxyContin – and several prescription drug distribution enterprises made billions on the back of addiction. Purdue repeatedly told prescribers that their drug wasn’t addictive in spite of incontrovertible evidence to the contrary. While it is impossible to bring back people already lost, efforts can be made to prevent more overdoses in the future. 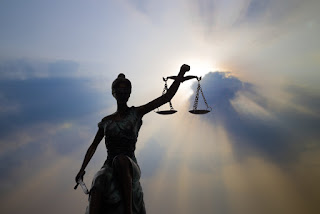 Purdue Pharma has often been in the headlines in recent years. Mostly because of the stacks of lawsuits brought against the drug manufacturer. More than 35 state lawsuits are pending against Purdue. There is Federal litigation too; comprised of 1600 suits brought by cities, counties, Native American tribes, and others.

It seemed like the OxyContin maker was going to fight tooth-and-nail to beat their legal troubles in court. However, in a startling turn of events, it was announced that Purdue Pharma had settled with the state of Oklahoma, The New York Times reports. The settlement – to the tune of $270 million – will fund a new addiction treatment and research center at Oklahoma State University in Tulsa.

The Sackler family, the owners of Purdue Pharma, will provide an additional $75 million over five years to the center.

“The addiction crisis facing our state and nation is a clear and present danger,” said Mike Hunter, the Oklahoma state attorney general. “Last year alone, out of the more than 3,000 Oklahomans admitted to the hospital for a nonfatal overdose, 80 percent involved a prescription opioid medication. Additionally, nearly 50 percent of Oklahomans who died from a drug overdose in 2018 were attributed to a pharmaceutical drug. Deploying the money from this settlement immediately allows us to decisively treat addiction illness and save lives.”

It is unclear what will become of the other pending lawsuits in the wake of the Oklahoma settlement. Moreover, we must remember that Purdue is not the only player involved in the American opioid crisis. Several other opioid manufacturers, distributors, and pharmacies are the targets of lawsuits across the country.

Before the settlement, there were headlines that Purdue may file for Chapter 11 bankruptcy, according to the article. Such a move could protect it from landslide judgments. Rather than lose badly in a televised court trial, the company settled; but they are far away from being out of hot water.

“There is blood in the water now, and with the threat of bankruptcy, the concern is that counties and states may settle on the cheap early to avoid getting little to nothing later on,” said Elizabeth Chamblee Burch, a law professor at the University of Georgia.

Millions of Americans are living with an opioid use disorder and can benefit greatly from treatment. Detoxification, rehab, and working a program of recovery is the only sure way to prevent disease progression. Please contact Hope By The Sea if you are struggling with prescription opioids or heroin.

We can help you break the cycle of addiction and help you find the miracle of recovery.