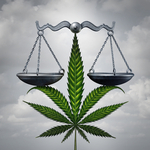 Last week we wrote about using marijuana taxes from legal sales to pay for addiction treatment. Both novel, and welcomed to be sure. While paying for addiction treatment with marijuana money is great, states who have legalized the drug need to ensure that the right messages about marijuana are being disseminated. Smoking “pot” can be a slippery slope to other addictive, far more damaging substances.

Young people, typically, try alcohol and tobacco before they move on to marijuana. Not always, but most of the time. That being said, people who drink alcohol are far more likely to smoke marijuana, as well. It is well known that marijuana and alcohol, when used together, are synergistic—meaning that one amplifies the effects of the other. Teenagers and young adults who use both substances, are not only at risk of addiction, they also risk harming their brain.

In states across the country which have legalized marijuana for people over the age of 21 should be bound to explain the science of drug use to young people. As this is a demographic that commonly has delusions of invincibility. Using marijuana before the brain is fully development can have a life-long impact.

Recreational use was first legalized in Washington and Colorado, then followed by Oregon and Alaska. Last November, more states came on-board with legalization, including California. Since legal “weed” is still a new thing, there is little research about the impact that it has had on young people. A team of researchers sought to find if legalization resulted in more use among college students.

“Americans are conducting a big experiment with marijuana,” says David Kerr, an associate professor in the School of Psychological Science in OSU’s College of Liberal Arts. “We need science to tell us what the results of it are.”

The study, published in the journal Addiction, showed that at one college in Oregon marijuana use has increased, according to an Oregon State University press release. Perhaps even more concerning is that the rise in use was mostly among college students who reported recent heavy alcohol use. Specifically binge drinking, that is when men consume 5 or more drinks or women consume 4 or more drinks during a 2-hour period. Oregon State University students who engage in binge drinking were found to be 73 percent more likely to also report marijuana use.

“We think this tells us more about the people who binge drink than about the effects of alcohol itself,” said Kerr. “Those who binge drink may be more open to marijuana use if it is easy to access, whereas those who avoid alcohol for cultural or lifestyle reasons might avoid marijuana regardless of its legal status.”

Legalization, without any doubt, is far better than the alternative. Criminalizing drug use is not the solution, and only leads to mass incarceration. That being said, young people need to be educated that legal does not mean safe. And that heavy use can result in a cannabis use disorder, which could require treatment. The National Survey on Drug Use and Health has found that since the drug has been legalized more people have been voluntarily seeking treatment for marijuana addiction.

If you are struggling with cannabis use disorder, please contact Hope by The Sea Today.