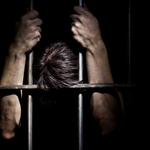 Treatment is the answer. Jail and prisons only make the problem of drug use and abuse in this country worse. Health experts and a significant number of lawmakers all agree that draconian drug sentencing laws have long served to disenfranchise certain demographics, particularly the impoverished and racial minorities. Trapping people in a system that is next to impossible to extricate oneself from actually serves to encourage recidivism.

People who serve time for one drug offense, who do not receive any form of substance use disorder treatment are far more likely to return to jail after release. Steel bars do not deter addiction, a mental illness that cares little about punishment. Over the last decade, we have seen a major shift in thinking regarding the efficacy of mandatory minimum sentencing laws.

In 2013, then Attorney General Eric Holder ordered federal prosecutors to avoid specifying the amount of drugs involved in a particular case when charging low-level and nonviolent drug offenders, Politico reports. Judges were allowed to exercise discretion with the length of sentences handed down, rather than relying on arbitrary sentencing rules.

The change in thinking that led to such a directive came in the wake of the worst addiction epidemic in American history. When it became ever so clear that addiction does not discriminate, evident by the broad spectrum of people affected by opioid use disorder—both individuals and families alike.

Complementing the apparent paradigm shift regarding mandatory minimums, the former White House administration reviewed thousands of cases where lengthy sentences were given to nonviolent drug offenders. Hundreds of offenders were given a second chance, some of whom had been serving life sentences for the crime of poverty and addiction. More times than not, such people were not in a position to afford a good defense.

Between various mandates from the federal government and the enactment of laws designed to treat addiction rather than punish it, things seemed to be looking up. However, there is evidence that the federal government may be sliding back to old thinking. And with it, a call to honor mandatory minimum sentencing laws.

Last Thursday, a memo was sent out from the office of the Attorney General Jeff Sessions, ordering federal prosecutors to return to mandatory minimum sentencing practices for all future cases, according to the article. Sessions said that altering mandatory sentencing practices should not fall to the Executive Branch, but rather to Congress.

The memo comes at a time when comparison is needed more than ever. People are dying, children growing up without parents and families are being destroyed. Not surprisingly, people have begun to speak up about the AG’s memo, people who understand that such practices do more harm than good.

“The Justice Department’s expected shift to prosecuting and incarcerating more offenders, including low-level and drug offenders, is an ineffective way to protect public safety,” said Brett Tolman, a U.S. Attorney for Utah under President George W. Bush. “Decades of experience shows we cannot arrest and incarcerate our way out of America’s drug problem. Instead, we must direct resources to treatment and to specifically combating violent crime. This will help law enforcement do our jobs better.”

Treatment Now, More Than Ever

If you are still in the grips of active drug addiction, a new possession charge could mean doing serious time behind bars, once again. Treatment works, and Hope by The Sea can help you or a loved one break the cycle of addiction and, in turn, mitigate the risk of spending years in jail for the perceived “crime” of addiction. Please contact us today.