Mental Illness Treatment for an Epidemic of Despair

It’s not always easy finding uplifting stories in the field of addiction medicine. The essence of the subject is made up of hardship, despair, and leads to premature death in many cases. If there is a fraction of silver lining to the realities of mental illness around the globe, it is the fact that psychological conditions are treatable and manageable. Provided, of course, that a person receives help.

At Hope by the Sea, we are committed to assisting younger and older individuals, male and females from all walks of life. We fully grasp how challenging it is to come forward and share with others what is happening beneath the visible surface of one’s existence. There is a paradoxical element to mental health, perhaps many, but one that’s glaring is the people who need support the most convince themselves they can’t talk about their struggles. If you cannot discuss your suffering, it’s unlikely you will find the guidance needed to manage a particular condition and lead a grounded life.

Much of people’s’ fear surrounding their internal strife stems from the long-held stigma attached to mental illness. There is science, and there is societal perception; people regularly propagate falsehoods about mental illness. Despite significant research confirming that mental illness is real, and the symptoms are beyond a patient’s control, those afflicted are led to believe they are weak or are somehow responsible for their condition. Which, is just not the case. Mental illness affects people for no rhyme or reason. Experts believe that some people are genetically predisposed to psychological hardship, but understanding the causes “why” pale in importance to “how” a person is going to address mental health conditions like depression, anxiety, and substance use disorder. 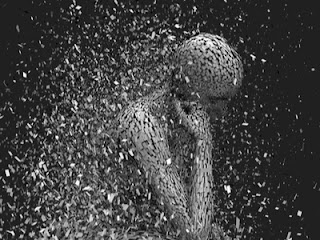 It’s likely that some of you reading this right now are battling mental illness. Day in and day out you muster all your strength to get through the day. It’s likely you exert significant energy to keep what’s going on inside you bottled up, lest others learn what is lurking beneath the surface. Such behaviors might be working for you, for now; perhaps your method of containment is allowing you to hold down a job and pay the bills? If that is the case, we understand what you are going through; we also grasp the possible consequences of continuing the practice of aping stability.

How long a person can leave mental health disorders untreated depends on many factors. Some people have more resources at their disposal, enabling them to continue eking by in life before their condition becomes impossible to hide from friends and family. One standard way of managing the symptoms of anxiety, depression, bipolar disorder, and PTSD is self-medication. Drugs and alcohol are an effective means of keeping pathologies at bay, at first. Anesthetizing oneself has the desirable effect of quieting the mind, for a time; down the road, however, using mind-altering substances only serves to exacerbate the problem. What’s more, self-medicating to counter the symptoms of mental illness regularly leads to the development of another behavioral health condition, alcohol and substance use disorder.

Untreated depression, for instance, can lead to premature death on its own via suicide; self-medicating the symptoms of depression comes with the risk of succumbing to injury, as well. Surely you are all familiar with the devastating life-cost tied to opioid misuse and disorder. You probably know the injurious effects of heavy alcohol use, too. The death toll from just alcohol and opioids alone is staggering to contemplate.

Treatment. The Time is Now!

The scale and scope of what some might call an “epidemic of despair” are massive. In 2016, 142,000 Americans died from drugs, alcohol, and suicide, NBC News reports. A report from the Trust for America’s Health and the Well Being Trust observed an 11 percent increase in deaths from the year before. For the first time in modern history, there was a decrease in the average life expectancy in America. The report states:

“These 142,000 ‘despair deaths’ in 2016 add to the more than one million Americans who died from drugs, alcohol or suicide in the previous decade…The substantial rise in deaths in 2016 puts the country past the ‘worst case scenario’ projection trajectory…This would mean more than 287,700 individuals could die from these three causes in the year 2025, double the current number who died in 2016.”

Why more Americans are turning to drugs and alcohol, and resorting to suicide is the subject of another post. For this article, let’s focus on how to avoid even more significant losses moving forward. Prevention curbs substance use initiation, saving lives in the future, but it does little for those already living in the self-defeating cycle of mental disease. Those already besieged by psychological illness need society’s compassion and support. All of us have a vested interest in encouraging treatment, after all; who among us doesn’t have a friend or loved one contending with some form of behavioral health disorder?

Changing how we talk about the subject of mental health erodes stigma and empowers individuals to make the courageous decision to seek help. When people adopt healthy methods of coping with their condition, the likelihood of self-medicating toward addiction and suffering suicidal ideations diminishes exponentially. Addiction and co-occurring mental health disorders are treatable; people can learn how to manage their symptoms resulting in a drastic improvement in life quality.

If you are ready to begin the process of healing and embark on the journey of recovery, please contact Hope by the Sea. We’re available 24/7 to answer any and all questions you may have concerning which of our programs will give you the best probability for successful outcomes through living a life of long-term recovery. We understand that asking for help is difficult for anyone; although, it’s always worth making the brave decision to recover.