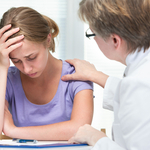 There have been a significant number of celebrity deaths in recent years, tied to substance use and other forms of mental illness. This week, the lead singer of Linkin Park, Chester Bennington, committed suicide, after battling alcoholism and depression for many years. In May, fans around the world mourned the loss of Chris Cornell of the band Soundgarden, who also suffered from depression and substance abuse issues. Cornell also took his own life.

These are just two cases that highlight the fact that mental illness cares little about wealth and success. Color or creed. If such diseases go untreated, or programs of recovery are not maintained, the outcomes are tragic. Mental illness affects millions around the globe, the clear majority never see the inside of a therapist’s office or a treatment center. Musicians Cornell and Bennington were two of more than 300 million people on the planet living with depression. Making it fair to say that more people have a mental illness than any other form of malady.

Unfortunately, getting help for mental health disorders is far more difficult than other health problems. Accessing treatment is difficult and can be expensive, even with health insurance. What’s more, most people living with mental illness are reluctant to talk about it for fear of being stigmatized by their peers. And society. But, treatment and therapy works. People can and do recover, and are able to live fulfilling productive lives, if they are willing to work a program of maintenance.

Speaking Up About Your Mental Illness

If you are living with mental illness, diagnosed but untreated. Or un-diagnosed, but you know there is an issue that should be addressed. We cannot stress just how important it is to reach out for help, despite your fears of social consequence. What is important about caring what your friends and family think, if you are no longer alive to care about it.

People with untreated mental illness are far more likely to experience suicidal ideations. They are far more likely to make attempts, and success at suicide. Additionally, a significant number of people living with untreated mental health disorders end up using drugs and alcohol to cope with their symptoms. A sure path to the formation of another mental illness, addiction. Co-occurring mental health disorders are quite common, in fact, it is almost rare for somebody being treated for addiction to not have a co-occurring disorder.

Perhaps you are self-medicating? If so, please be advised that taking drugs and alcohol only makes your symptoms of depression, et al. worse. It may feel like they are helping, and they may at first. But, in the end you wind up with a more severe problem than you started with.

If you have become addicted to drugs and/or alcohol due to self-medicating a condition, like depression, please contact Hope by The Sea. We specialize in dual diagnosis cases, and have helped many people who are dealing with issues like yours. The longer treatment is put off, the worse your condition will get.