The devastation in rural America caused by prescription opioids and heroin is unlike any scourge ever before seen in the United States. Some of the highest overdose death rates found in the country are in the Appalachian region or the rural south, places where access to addiction treatment is limited. If by chance, there is a treatment facility in one’s area, the wait for a bed is exceedingly long.

The subject of expanding access to treatment to address the opioid addiction epidemic is one of particular import. Substance use disorder treatment is widely believed to be the best tool to use in the effort to save lives. Reducing the number of prescriptions opioids written by doctors, stemming the tide of heroin from Mexico, and increasing access to life-saving naloxone only chip away at the edges of the problem; such efforts do little to address the underlying factor, the mental health disorder that is an addiction.

It’d be one thing if opioids were the only concern in rural America; however, public health experts and policymakers have other pernicious drugs to contend with, as well. A new HBO Doc reveals that opioids are just one facet of the overarching addiction problem in remote regions of the country.

From Meth to Opioids, and Back to Meth

Before we called opioid use an epidemic in the United States, all eyes were on methamphetamine use; homegrown narcotics made crudely by people without a science background. The Drug Enforcement Agency (DEA), lawmakers, and addiction experts worked tirelessly to spread the word about meth addiction and treatment; laws were drafted to prevent the mass purchase of over-the-counter drugs to make the drug and arresting anyone making or promoting methamphetamine. 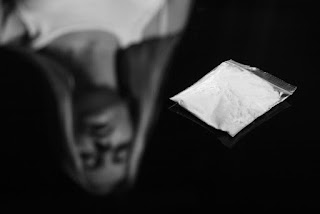 It’s worth pointing out that, for a time, meth in America seemed to be under wrap as a result of the above efforts. Meth labs across the country were shut down and the prevalence of the drug diminished. Many young people today may not even be aware of the meth crisis of the late 1990’s and into the first decade of the new millennia. It was at this time, states with low populations and expansive open landscapes faced a terrible scourge of methamphetamine use. Then, seemingly overnight, the “crystal” well dried up; and the focus on drugs use in America shifted to prescription opioids—and the rest is as they say…

The truth of the matter is that meth use never actually went anywhere, the only real change had to do with where the drug would originate. As was mentioned above, a new documentary on HBO titled, ‘Meth Storm,’ shows what methamphetamine use in America looks like today. We have to warn you the film is exceptionally graphic, any IV drug users in early recovery should think twice before watching, as it may have a triggering-effect.

The documentary brings to light how law enforcement’s crackdown on home meth production created an opportunity for Mexican drug cartels to take over. A clear sign, once again, of how a war on drugs can backfire; the same thing happened after government crackdowns on prescription opioids, and the cartels were happy to make up for the opioid deficit in America with heroin. Government agencies failed to address meth addiction via treatment, choosing the age-old “buy-bust” approach; meth labs disappeared, methamphetamine use did not.

Today, in rural American counties and towns, meth use is a serious problem, and to make matters worse, the meth that comes from Mexico (known as “Ice”) is cheaper and purer than anything that was made in America, previously. Law enforcement in rural Arkansas is trying to tackle the meth problem with arrests and jail time, rather than expanding access to addiction treatment. Just like with opioids, this is not an issue we can arrest our way out of, treatment is the answer. Please take a moment to watch the trailer for ‘Meth Storm’ below:

Hope By The Sea can help you or a loved one break the cycle of stimulant addiction, whether it is prescription Adderall or methamphetamine. Our California meth rehab program is designed to provide an effective way to overcome meth addiction. Please contact us today.