A little more than 300 miles to the north of idyllic San Juan Capistrano, California – home to Hope By The Sea – is Fresno, CA. Located in the what is known as the Central Valley, a vast stretch of farmland, Fresno is (among other things) a major highway hub. The location of the city means that an almost endless supply of illicit drugs, traveling north from Mexico, pass through it on any given day. While it is probably fair to speculate that the majority of illegal substances are just moving through Fresno, a fair portion are offloaded for local sales and consumption—particularly methamphetamine.

Just over a year ago, we highlighted that there is a dramatic resurgence in methamphetamine addiction or stimulant use disorder taking place in America. Fueled by “super laboratories” south of the border, rather than the home labs of the 1990s here in the U.S., today’s meth is purer, cheaper, and deadlier than ever. We shared last year that methamphetamine (sometimes referred to as “ice”) seizures at the border have skyrocketed in recent years. Moreover, a greater number of people are dying from stimulant drug use today than at the height of the “crystal meth” epidemic in 2005.

For every shipment seized, countless more find a way into the United States. While experts and lawmakers can debate – ad nauseam – about how to stop the flow of drugs like meth, heroin, and fentanyl from crossing the border, real lives are being destroyed. The “opioid epidemic” that policymakers fixate on is, in fact, a misnomer; the scourge of drug use devastating communities across America is an addiction epidemic. People struggling with any form of addiction need support, and they require it now. 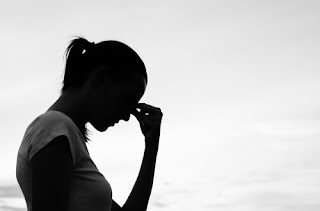 Almost 670,000 Americans ages 12 and older reportedly used meth in the past month in 2016; an estimated 1.4 million allegedly had used it in the past year, according to data from the Centers for Disease Control and Prevention(CDC).

VICE‘s Paola Ramos covered the impact that meth is having on the Fresno community recently. Since half of the city’s population is Latino, this demographic is being affected especially hard. A nineteen-minute segment featured on VICE‘s Latin-X showcases the crisis taking place in Fresno.

If you are in early recovery, this may not be the video for you, it is both graphic and hard to watch, at times.

This post can serve to give everyone in America a brief glimpse of how severe the meth problem is in Fresno. Some call the city the “Meth Capital of the World;” which is why methamphetamine is the number one threat for the Central Valley Drug Task Force.

Aside from all the despair, there are people featured in the film who are trying to help. Of course, such individuals honestly face an uphill battle; the reasons are myriad, but it could probably all be boiled down to a lack of resources. Methamphetamine addiction recovery is possible; but, it can only be achieved with support. Many Latino’s lacks the resources to access care; the few who do, are at extremely high risk of relapse. 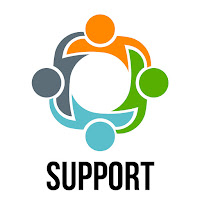 Those who seek treatment for a stimulant use disorder maintain a program of recovery by taking part in mutual support groups, typically; for instance,12-Step models, such as Alcoholics Anonymous (AA) or Narcotics Anonymous (NA). Mutual help communities are instrumental to the recovery of millions of Americans. The internet can be both blessing and curse for individuals in recovery. On the one hand, social media is a distraction, but on the other Facebook groups can offer support outside of the rooms of recovery.

Jameil White has about three years clean from meth, and she says that online support has helped her stay on course in many ways, according to U.S. News and World Reports. Today, she manages a closed Facebook group for people who are currently struggling or are in recovery for meth addiction.

The private group is Sobriety 101; close to 9,000 members turn to the FB group for support.

“We stay connected online, and we don’t judge anybody on what path they’re on,” White says. “Whether they’re still in active addiction and they’re struggling, or whether they’re seeking help, we all take the time and volunteer and answer messages and talk to people. We’re their friends – we allow them to call us if they need to. We go so far as trying to find them local meetings or rehab treatment centers, or anything we can to get them the help they need.”

Hope By The Sea can help you or a family member break the cycle of stimulant addiction and adopt a program of addiction recovery. We have helped many men and women overcome meth addiction and lead a life in recovery. Please contact us today to learn more about our program.