Methamphetamine use is hardly an afterthought for the majority of Americans today; the drug no longer garners the attention as in years past. It’s an unfortunate reality that national discussions about practically every harmful, mind-altering substance have gone the way of the dodo; it is the result of a nearly twenty-year-old opioid addiction epidemic. While not many people are talking about meth, even though it was once the primary focus of the “war on drugs” in America, the substance is still significant cause for concern. The drug is inexpensive and purer than ever.

Historically, methamphetamine was all anyone was talking about due to the pernicious harm it caused users. Crystal methamphetamine was manufactured with relative ease by cooks all over the U.S. until the government cracked down. Today’s meth comes from Mexico by cartels; organizations that can access the necessary ingredients easily and cook it in super laboratories. Just north of the Mexican border is a vast clientele that is more than happy to purchase the finished product. Gone are the day of home-brew, trailer-park methamphetamine. The meth on our streets today is on par quality-wise with what one can only imagine Walter White cooked in the hit television show Breaking Bad. 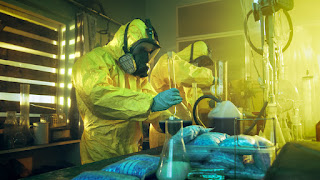 Of course, AMC’s hit show was a work of fiction, Mexican meth is destroying lives in the real world; in some parts of America, the substance is responsible for more premature deaths than opioids. It’s important to understand that meth use is pervasive across America, just because we don’t see commercials warning viewers of the risks of rotting teeth and jaundice complexions doesn’t mean the problem went away.

Border Patrol and customs officials are seizing exponentially more methamphetamine than just a decade ago, The New York Times reports. Our neighbors to the north in Oregon are seeing more meth-related deaths than that of heroin; 232 people died from meth in 2016, nearly double the deaths caused by heroin. The drug is far more potent than home cooks in America could have dreamed of at the height of the meth epidemic. In fact, people regularly access the drug in its purest form.

Law enforcement managed to shut down American meth labs and make it hard to buy the necessary precursors for production, but little was done to address the underlying stimulant addiction plaguing people. Since we don’t hear much in the news about meth could lead people to think the meth scourge came to an end; however, the more of the drug and a more significant number of people are dying from use than ever before, according to the article. One Drug Enforcement Administration(DEA) spokesman says that for $5, people can get a hit of meth that is nearly 100 percent pure; the effect, cocaine addicts, are switching over. The CDC states that nearly 6,000 people died from stimulant use in 2015, a 255 percent increase from 2005, at the height of the meth epidemic.

“I have been involved with meth for the last 25 years. A wholesale plummet of price per pound, combined with a huge increase of purity, tells me they have perfected the production or manufacturing of methamphetamine,” said Steven Bell, a spokesman for the Drug Enforcement Administration. “They have figured out the chemical reactions to get the best bang for their bucks.”

What Can Be Done?

The problem of meth abuse is complicated. The fact that, unlike opioids, there isn’t an overdose reversal drug like naloxone. When it comes to treating stimulant addiction those looking to break the cycle can rely on craving reduction drugs like Suboxone to get through acute withdrawal. Methamphetamine prevention and treatment efforts are eclipsed by the attention given to prescription opioid and heroin, even though many heroin users are also using meth.

Methamphetamine addiction is treatable, and individuals can achieve long-term recovery with help. If you are struggling with stimulant use disorder, please contact Hope by the Sea.