After years of relative quiet on the methamphetamine front in the United States, it is prudent to re-open the dialogue. While the country has fixated on opioid use disorder and overdose death, meth use has surreptitiously become a severe problem again.

In February, we wrote about the resurgence of methamphetamine use: a crisis fueled by super labs in Mexico. The days of makeshift laboratories in rural America are behind us. Mexican cartels are now responsible for the bulk of production and distribution.

Unsurprisingly, in recent years the West Coast has become home to some of the most substantial increases in meth use. California’s proximity to the border, along with Arizona and Texas, means that the majority of the potent stimulant makes its way through western points of entry.

As a result, addiction treatment facility admissions for meth are up 17 percent, NIDA reports. In 2018, San Francisco and Los Angeles County reported increases of 9% to 11% in primary methamphetamine treatment admissions. Moreover, overdose deaths involving meth more than quadrupled from 2011 to 2017.

NPR reports that 70% of local law enforcement agencies in the West and Midwest say methamphetamine is their most significant drug concern. However, Steve Shoptaw, an addiction psychologist at UCLA, says that policymakers in Washington D.C. fail to appreciate the situation’s gravity. He adds that opioids continue to be the primary concern among lawmakers. 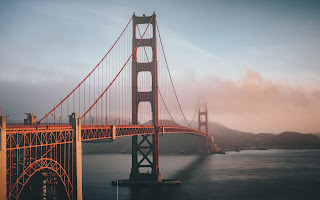 Nearly half of the 7,000 annual psychiatric emergency visits last year at San Francisco General Hospital involved patients under the influence of meth, according to the article. Between 2011 and 2016, methamphetamine-related emergency department visits in the city rose 600 percent.

“It’s something we really have to interrupt,” says San Francisco District 8 Supervisor Rafael Mandelman. “Over time, this does lasting damage to people’s brains. If they do not have an underlying medical condition at the start, by the end, they will.”

Mandelman will co-chair a methamphetamine task force established by London Breed, Mayor of San Francisco. Addiction treatment admissions in San Francisco for meth are up 25% since 2015, according to the article. While opioids are still responsible for the bulk of overdose deaths across the country, deaths in San Francisco involving meth doubled since 2011.

“It is an epidemic wave that’s coming, that’s already here,” said Dr. Daniel Ciccarone, a professor of medicine and substance use researcher at the University of California, San Francisco. “But it hasn’t fully reached our public consciousness.”

Combating the meth resurgence is not a simple matter, nor is treating stimulant use disorder. As we have pointed out in the past, there are no medications professionals can turn to when providing treatment for meth addiction. There isn’t a form of buprenorphine for relieving the symptoms of methamphetamine withdrawal.

The lack of pharmacological aids does not mean that recovery is not achievable. Instead, it means that experts must rely on other forms of therapy to help individuals break the cycle of addiction.

Help is available for men and women who struggle with a stimulant use disorder. At Hope By The Sea, we offer a specialized program to help amphetamine addicts begin the recovery process. Our skilled team of addiction professionals can help you or loved one overcome detoxification and provide tools for leading a life in recovery.

Methamphetamine withdrawal symptoms are particularly uncomfortable. Medical supervision can help mitigate the depression, stomach cramps, nausea or vomiting, and tremors that people can experience. Please contact us at any time to learn more about our services.

Hope Starts Here! We strongly believe that the miracle of recovery can be yours too…