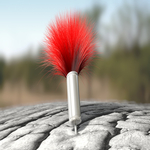 There are a number of drugs that can be acquired with relative ease, which were never intended for human consumption. Not only are people doing such drugs, they are dying from them. The drugs we are referring to are in the fentanyl family, a group of synthetic opioids that are so powerful that just coming in contact with them can result in loss of life.

Perhaps you have been tuning into the latest news regarding the American opioid epidemic, then you are probably aware of the fact that it is becoming more and more common to see heroin laced with fentanyl. Mexican cartels are acquiring the chemical ingredients to make fentanyl from China, producing fentanyl and mixing the product into batches of heroin. Not only is fentanyl considered to be 50 times more potent than pharmaceutical grade heroin (diacetylmorphine), it causes much more severe respiratory depression that makes deadly heroin—even more deadly.

If fentanyl weren’t bad enough, wait until you meet the drug’s cousin—carfentanil. In 2016 there have been a number of reports of a drug, normally used to sedate elephants and other large zoo animals, that has led to several overdose deaths. The U.S. Drug Enforcement Administration issued a statement last month:

“Carfentanil is surfacing in more and more communities. We see it on the streets, often disguised as heroin. It is crazy dangerous.”

A few days ago, the alternative news outlet VICE News did a short exposé about carfentanil, pointing out that heroin dealers are mixing the drug into their product to increase potency and profit. Fentanyl is 100 time more potent than morphine and it is leading to scores of overdose deaths, carfentanil is 100 times stronger than fentanyl.

Please watch the short segment on the subject, starting at 12 minutes and 15 seconds in:

If you are having trouble watching the video, please click here.

Heroin on its own is highly addictive and can easily cause a deadly overdose. Heroin addicts are fully aware of the risk they take. With the introduction of synthetic opioids like fentanyl and now, carfentanil, people with opioid use disorder have no way of knowing which “hit” might be their last. If you are struggling with heroin, or any other form of opioid narcotic, please contact Hope by The Sea.