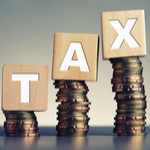 All of us in California are now aware that we are in store for a whole new era of marijuana across the state. With the passing of Proposition 64, recreational use of cannabis is now legal for people over the age of 21. For many Californians, legalizing the hotly contested drug is a breath of fresh air, especially for those who know the true costs of the “war on drugs.” This campaign was launched under the auspices of protecting the American people, but actually resulted in the disenfranchisement of millions of Americans.

It is not a secret that the majority of people serving time in prison for nonviolent drug offenses are minorities. Once in the system, getting out of it is arguably next to impossible to achieve. Recidivism rates are staggering in the United States. And the states which have opted to go against the Federal government on “pot” seem to be acutely aware of the insanity of locking people up for possessing marijuana.

Critics of both medical marijuana and legalization fear that it encourages marijuana use, giving teenagers and young adults false perceptions about the dangers of use. Before we move any further, it must be stressed that while cannabis is certainly benign compared to let’s say heroin—it’s far from safe. Particularly for young people. People’s fears are, without a doubt warranted, but legalization is likely the lesser of two evils when you consider the alternative.

What’s more, there is a chance that the millions and billions of dollars in taxes that will be collected on the sales of cannabis products could actually be used for some good when comes to treating addiction in America. Yes, that’s right, marijuana is being taxed in legal states much like alcohol, which means that there are ample resources available for combating more serious drug related issues in America, such as the opioid addiction epidemic.

Taxing Marijuana to Pay for Another

The state of Colorado, along with Washington, paved the way for legalization in the U.S. Both programs have had some success and failure, but overall there is little evidence to suggest that marijuana use has risen dramatically as a result. Both programs are still relatively new, so we will get a clearer picture about the pros and cons as time moves forward. In the meantime, however, marijuana sales may actually help offset the staggering costs of the opioid epidemic; which would certainly be a silver lining to whatever downsides come with recreational cannabis.

In fact, Colorado’s 2016-2017 fiscal year collected $105 million from taxing marijuana sales, Money reports. A portion of that money will be used to cover some of the costs of tackling substance use disorder (SUD) throughout the state, especially regrding opioids. The funds will also be used to help the homeless and people struggling with mental health issues.

Using marijuana proceeds to help stem the tide of the opioid epidemic is both novel and smart. States affected by this crisis have been spread thin financially and personnel-wise. In California, which will likely rake in far more money than Colorado in the long run, could allocate resources in the same way to address the opioid use disorder and overdose rates throughout the Golden State.

If you or a loved one had been caught in the stranglehold of opioid addiction, please contact Hope by The Sea today. We can assist you in breaking the cycle of addiction and help get you started on the lifesaving journey of recovery.