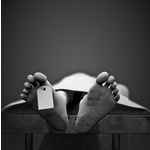 In the 21st Century, with all the modern advancements in the field of medicine, life expectancy should be better than it’s ever been. But unfortunately, for the age group that is typically the healthiest, the death rate has been on the rise. Because despite all the tools at our disposal, addiction is a disease that has no cure. While there are methods to reign in the disorder via programs of recovery, accessing treatment has been difficult for millions of Americans. What’s more, the opioid overdose reversal drug naloxone is not as available as it should be.

People between the age of 25 and 44 are in the prime of their life. Their bodies have yet to feel or show the effects gravity. The immune systems of people in that age group are as strong as they are ever going to be, and they are likely to be physically fit. Yet, researchers are witnessing a decline in life expectancy for 25 to 44-year olds, for the first time since 1993, across nearly every racial and ethnic group, The Washington Post reports. After conducting an analysis, it was revealed that between 2010 and 2015 the overall death rate for people in this age group rose by 8 percent. And yes, overdose deaths were the cause.

Overdose and Alcohol Takes Its Toll

The analysis found that alcohol abuse has been leading to premature deaths as well. After the recession, a significant number of people failed to get back on their feet. To cope with the feelings that accompany being impoverished and destitute, many turned to drugs and alcohol. Alcohol, overdose and suicide have all played a hand in the increasing death rate. The rate of death is up:

“What it reflects is an out-of-control epidemic right now,” said Josh Sharfstein, director of the Bloomberg American Health Initiative at Johns Hopkins. “It’s affecting the economy. It’s affecting the entire community. This is an absolute call to action for public health.”

Please take a moment to watch a short video on the subject:

If you are having trouble viewing the video, you can see it here.

While the disease of addiction affects people from all walks of life, rich or poor, people in lower socioeconomic brackets have been hit the hardest. Such people also struggle to access the effective methods of addiction treatment for opioid use disorder. Naloxone is still hard to come by in a number of states, which means while people wait for beds in treatment, the risk of overdose death is extremely high.

Laws have been passed to address a lack of addiction treatment services, but their effects have yet to ripple across the country. It is vital that something be done immediately, whole generations are at risk. The death rates among this age group should be going down with each year that passes and yet here we are. Parents are burying their children. Grandparents are raising their grandchildren. Treatment works, and everyone who desires it should be able to access it regardless of the financial burden it places on the state or Federal government.