The topic of reversing overdoses is one that many people are familiar with these days. The life-saving drug naloxone, sold under the brand name Narcan, has become a household name across the country. Narcan can be administered to overdose victims and bring them back from the edge of death.

A large number of states have lifted the restrictions on acquiring the drug; many pharmacies will sell Narcan without a prescription. Narcan can be administered by laypeople who have had little instruction. Average Americans are acting as first-responders on the front lines of the epidemic. Some people call naloxone the “Lazarus Drug” after Saint Lazarus, who was resurrected from the grave.

Naloxone does not always work; there are no guarantees, especially with polysubstance overdoses and those involving potent synthetic opioids. However, the life-saving potential of the drug is high if it’s used in a timely manner, in many cases.

Naturally, some states have been more welcoming of expanding access to Narcan nasal spray kits. In California, efforts to get the drug into the hands of addicts and their families have yielded positive results. 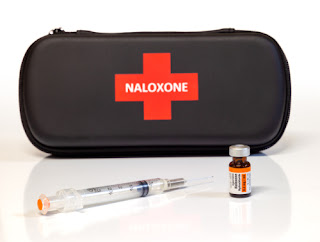 Data from the Kaiser Family Foundation shows that 28,466 people across the U.S. died from synthetic opioid overdoses in 2017, according to KHN. The most common synthetic opioid people are exposed to, both knowingly and unwittingly, is fentanyl.

California accounts for 12% of the national population and had 536 of the 28,466 synthetic opioid deaths — fewer than 2% of the total, the article reports. While fentanyl hasn’t been as big of an issue in California compared to other parts of the country, widespread naloxone access is credited for the minimal death toll.

San Francisco paramedics administered naloxone to 1,647 people in 2018, according to data from the city’s emergency response system. What’s more, a Bay Area overdose prevention program, the DOPE Project, reports that laypeople administered 1,658 naloxone doses last year. If the numbers are accurate, it means that average citizens are saving lives on par with first-responders.

“People who use drugs are the primary witnesses to overdose,” said Eliza Wheeler, the national overdose response strategist for the Harm Reduction Coalition. “So it would make sense that when they are equipped with naloxone, they are much more likely to reverse an overdose.”

It is possible that fentanyl-related overdoses in California may increase in the days to come; Kristen Marshall, manager of the DOPE Project, says more heroin users are seeking out the more potent drug. The heroin found in the western U.S. is predominantly “black tar:” a form of the narcotic that is less potent typically.

Overdose victims are strongly encouraged to seek professional assistance following an event. The likelihood of experiencing another potentially fatal overdose is exceptionally high. Opioid use disorder recovery is possible with the help of detox and evidence-based addiction treatment.

Please contact Hope By The Sea today if you are struggling with opioid addiction and would like to take steps to recover. Our treatment team is standing by to field any questions about our program. The miracle of recovery can be yours too!