Opioid use disorder (OUD) is a behavioral health condition that impacts millions of Americans. The rise in such disorders over the last two decades began with a mandate to better treat patient pain, along with the release of the infamous painkiller OxyContin (oxycodone).

The release of the powerful narcotic OxyContin from Purdue Pharma led to overprescribing at an unprecedented scale. Physicians were falsely led to believe that the risk of addiction to the powerful drug was minimal.

Purdue Pharma cited the New England Journal of Medicine when promoting their drugs to doctors. The article claimed that there was about a 1 percent chance that patients would become addicted to OxyContin. While many doctors were skeptical about Purdue’s assertions, they prescribed the drug en masse nevertheless.

OxyContin, along with overprescribing of drugs like Percocet and Vicodin (hydrocodone), sparked a prescription opioid epidemic. Millions and millions of opioids were prescribed in the 2000s and continue to be to this day.

Overprescribing led to a dramatic rise in drug diversion, nonmedical use, and spike of fatal overdoses. While the tireless work of lawmakers and public health officials forced doctors to be more discerning about who they prescribed to and the doses they doled out, many patients turned to the black market to acquire prescription narcotics at steep prices.

The cost of a single 80 milligram OxyContin could run as much as $80. Such prices are unaffordable for many Americans, which led such individuals to turn to cheaper and stronger heroin. The majority of people living with an opioid use disorder that use heroin report that their problems began with prescription painkillers.

Opioid Addiction and Overdose in America 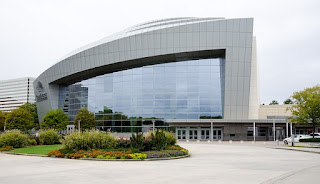 With each passing year since 1999, addiction rates rose dramatically, as did the death toll. Fatal opioid overdoses can be reversed in some cases with the use of naloxone or Narcan. In many states, Narcan can now be acquired with a prescription. Countless lives have been saved thanks to the overdose reversal drug.

The American opioid addiction epidemic is far from over, but there is some good news to report. The Centers for Disease Control and Prevention (CDC) said in a new report that death rates in the United States have decreased for the first time since 2014. The organization says the decline is in part due to the drop in fatal drug overdoses.

In 2014, the average lifespan in the U.S was 78.9 years. Then it dropped, driven mainly by overdose deaths and an increase in suicides across the country. Such fatalities are often referred to as “deaths of despair.” 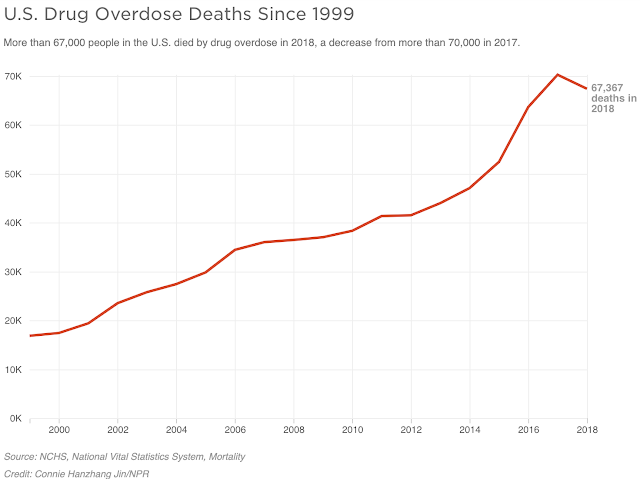 “I think these numbers suggest that some positive news is starting to come out of the many efforts to try to stem the tide on overdoses,” says Kathryn McHugh, a psychologist at McLean Psychiatric Hospital and Harvard University.

Opioid use disorder is a treatable condition, and long-term recovery is possible. However, the longer one continues using, the more likely they are to experience an overdose. Those who have one overdose are exponentially more likely to experience another one if they do not receive treatment.

If you or a loved one has an opioid use disorder or has survived an overdose, we at Hope By The Sea strongly encourage you to seek professional assistance immediately. Our treatment center offers a full continuum of care that relies on evidence-based therapies.

From detox to aftercare, Hope By The Sea can help you begin and sustain a program of recovery. Please contact us today to learn more about our services. Hope Starts Here!