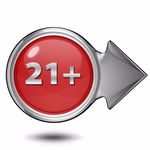 A couple of years ago, the United States Food and Drug Administration (FDA) made the controversial decision to approve OxyContin ® (oxycodone) for people as young as 11-years of age. The decision to lower the age restriction on prescribing the powerful opioid came about, despite the fact that the country had been, was and would continue to be in the grips of deadly opioid addiction epidemic.

Advocates of the OxyContin for kids 11 to 16 ruling said that it would help the small number of children with serious illnesses, whose pain could not be managed with other forms of pain medicine. Critics said that the drug would likely be prescribed to young people with moderate pain, as well—putting them at risk of developing opioid addiction.

To be sure, a child battling cancer should be given access to medicines that are effective. However, as Andrew Kolodny, director of Physicians for Responsible Opioid Prescribing, pointing out in 2015 the FDA approved OxyContin for children without deferring to an advisory panel who could debate the risks and benefits of such a decision, USA Today reported. When you consider that teenagers are at a greater risk of addiction than adults with fully developed brains, the risks were likely greater than the benefits.

Opioids of any kind carry the risk of dependence and addiction. Of course, the stronger the narcotic the more intense the euphoria, and perhaps with it—a greater likelihood of someone wanting to come back for more. OxyContin, sold generically as oxycodone, is an apex prescription painkiller. The strong narcotic acts quickly, and wears off faster than advertised. It does not contain nonnarcotic space fillers like acetaminophen, which is commonly found in other prescription opioids.

As a result, abusers can ingest more OxyContin pills than they can say another common opioid, Percocet. Without the risk of acetaminophen toxicity which can lead to liver failure, oxy-abusers can use more without putting their liver at risk. What’s more, the implementation abuse-deterrent features inside OxyContin, are not that great at deterring abuse. With a little ingenuity, such features can be skirted.

Keeping all of that in mind, is it wise decision to allow oxycodone to be prescribed to teens? One Californian Senator would answer that question with an emphatic, No! California Senator Anthony Portantino (D-La Cañada Flintridge) has introduced Senate Bill 419, which would prohibit writing oxycodone prescriptions for anyone under the age of 21, The Los Angeles Times reports. Senator Portantino believes that SB419 would keep young people from being exposed to such an addictive drug, at such an early age.

“The abuse of this drug is a national epidemic and we need to protect our children from being prescribed this highly addictive substance,” said Sen. Portantino in a statement. “Lawmakers, regulators and medical professionals have been wrestling with how best to control this synthetic heroin and I’m saying, while we’re looking for solutions, let’s make sure we keep it away from our most vulnerable population.”