Before heroin and fentanyl took the spotlight regarding the American opioid addiction epidemic, prescription painkillers were the primary focus. Since the mid-1990s, drugs like OxyContin (oxycodone) were doled out to patients excessively. Prescription opioids found their way to medicine cabinets in overwhelming numbers.

With tens of thousands of people dying each year from an overdose, the U.S. was using 80 percent of the global prescription opioid stockpile. It’s worth noting that Americans constitute about five percent of the world population. Doctors prescribed staggering numbers of opioids despite the inherent risk. Sadly, it’s still pretty easy to get a doctor to prescribe you oxycodone or another powerful narcotic.

In the last decade, thousands of lawsuits were levied by states and individuals against prescription drug manufacturers, distributors, and pharmacies for their role in the opioid epidemic. Many are still being litigated; such is the case against Purdue Pharma—the maker of OxyContin.

When Purdue Pharma released OxyContin, claims were made by the company that the drug had a low potential for addiction. Naturally, we know that such an assertion couldn’t be any farther from the truth. 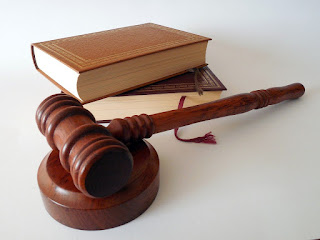 Today, the company is facing scores of lawsuits. So many that Purdue Pharma filed for bankruptcy protection. Last month, Purdue agreed to plead guilty to several criminal charges and pay over $8 billion in fines. This week, a federal bankruptcy judge approved the settlement.

Under the terms of the settlement with the Justice Department, Purdue will plead guilty to three felony counts of criminal wrongdoing, NPR reports. Moreover, the company has plans to reorganize into a public benefit company or public trust, and the profits from future opioid sales would fund addiction recovery programs.

The guilty plea and agreement to pay $8.3 billion may seem like a win for the victims of the opioid epidemic. However, many state attorneys general and members of Congress believe that the settlement falls short.

Part of the controversy surrounding the deal is that the owners of Purdue Pharma – the Sackler family – will only have to pay out $225 million in fines. It’s a small fraction of the billions of dollars they made over more than two decades of opioid sales. What’s more, the family will not admit any wrongdoing or face criminal charges.

“They’re not going to have any consequences,” said Nan Goldin, an artist and activist who organized a group committed to holding manufacturers of the opioid crisis responsible. Following the judge’s ruling, Goldin said, “I’m very disappointed, I think we’re going further toward injustice.”

In a letter sent to Attorney General William Barr before the bankruptcy judge ruled, 15 senators remarked that the company’s proposal to turn Purdue Pharma into a public-benefit company (PBC) creates a hazardous conflict of interest. The senators write:

“DOJ should not require the States, who are attempting to rectify the harm Purdue has done to their communities, to lead Purdue’s public benefit ‘repurposing’ campaign and take part in an enterprise that has contributed to thousands of American deaths. Given that this plan originated with Purdue and its owners, the Sackler family, it is more likely that its transformation to a PBC will function as a rebranding opportunity for the company and the family’s public image. This is not justice for the families that have lost loved ones.”

Judge Robert Drain was not swayed by any of the objections to the settlement. He stated that the PBC plan would raise a lot of funds to “alleviate and abate” the opioid epidemic. Still, Purdue Pharma must contend with more than two dozen states suing the company.

If you or a loved one struggles with prescription opioids, heroin, or fentanyl addiction, please contact Hope By The Sea. Our team utilizes evidence-based approaches to breaking the cycle of addiction. We help men and women get on the road to lasting recovery and living fulfilling and productive lives.