Parental Absence Can Lead to Drug and Alcohol Use 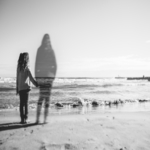 Early onset drug and alcohol use is never a good thing, as it can lead to a number of complications—especially later on in life. Naturally, there are a number of factors to consider when determining what leads to adolescent substance use. Age, sex and environment are on the list, as well as family history of substance abuse and mental illness.

Every parent hopes that if their child does happen to experiment with drugs and alcohol, that it merely be a passing phase—a part of growing up. Parents are instructed to talk with their kids about the dangers of mind altering substances, and while their words may be heeded from time to time, it is sometimes the case that adolescents will experiment with drugs and alcohol regardless.

Parental units are role models for children, if a parent exhibits unhealthy behaviors there is a good chance that their child will adopt them as well. Young people are extremely impressionable; it is vital that parents set an example that will not detract from the course of their children’s life. But what if there isn’t any example at all?

New research has sought to determine the link between risky behavior with children who have experienced parental absence, MNT reports. Children who grow up in broken families have long been considered to be at greater risk of using alcohol and/or cigarettes in their teenage years, but the new research found that substance initiation may begin sooner. The findings were published in Archives of Disease in Childhood.

“Associations between parental absence and early smoking and alcohol consumption may operate through a range of mechanisms, such as reduced parental supervision, self-medication, and adoption of less healthy coping mechanisms. For instance, nicotine, in particular, demonstrates psychoactive properties and may have benefits for mood regulation.”

Using data from the UK Millennium Cohort Study, researchers looked at several health factors for about 19,000 children born from 2000-2002, according to the article. The analysis showed that of those children who has experienced a loss of parent, a number of these children began using alcohol by the age of 11, of which they were mostly boys. Children, who lost a parent before the age of 7, were more likely to start smoking and drinking by the time they turned 11. Understanding this trend could lead to early interventions that prevent adolescents from developing a substance use disorder later in life.