Parents of the Addiction Crisis are Citizens of the Year

Addiction is a family disease. Substance use disorders have a genetic link and the impact of the condition sends ripples throughout the entire family. Over the years, we have covered the American opioid epidemic; we have pointed out, accurately, the crisis we face is actually broader than a problem involving opioids. The nation is indeed in the midst of an addiction epidemic.

Aside from an ever-rising death toll linked to opioid use and misuse, other prescription drugs are stealing American lives, such as benzodiazepines. Heroin and illicit fentanyl are cause for significant concern, but research also shows that methamphetamine has made a dramatic comeback in recent years. Moreover, since illegal drug manufacturers and dealers have developed a penchant for mixing drugs (e.g., fentanyl) nobody requested into drugs-of-choice, the risks of premature death are much higher.

In 2017, more than 70,000 Americans died from an overdose; more than two-thirds of the victims had opioids in their system at the time. In 2018, the death toll is likely to be about the same or higher than the previous year. In the tiny state of New Hampshire, overdoses took as many as 437 lives, according to the New Hampshire Union Leader. While these figures should cause everyone to pause and consider how we got here and how we can resolve the problem(s), it is vital that we all think about surviving family members. 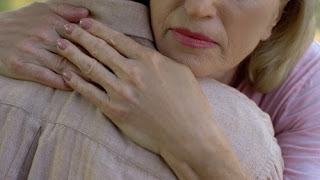 Addiction, Loss, and Helping Others

Beyond the statistics of overdose deaths, real people are left to pick up the pieces of their life. Millions of people are reeling in pain due to the premature death of a loved one. When a family member with addiction is alive, many feel powerless; and, in death, such feelings often persist and can leave an indelible mark on the survivors.

Upon losing someone to overdose, each person has the right to handle the situation and find a way to move forward. For some, however, they are left with a yearning to help other families avoid the same outcome. Some parents have even gone so far as encouraging legislators to enact laws to better protect patients. It is for these reasons, and many more, that the New Hampshire Union Leader and Sunday News named the Parents of the Addiction Crisis as its Citizens of the Year.

In a recent article justifying the decision to honor the parents of overdose victims, the author highlights the fact that some parents are organizing support groups and volunteering at recovery centers. After losing a child, parents are now disregarding the stigma of addiction and sharing their experiences in various media formats.

Susan and John Messinger lost their son Carl (24) to an overdose in 2014 after he relapsed, according to the article. Carl was in recovery, he was prescribed a cough medicine containing the opioid codeine; his parents say that Carl was unaware he was taking a prescription painkiller at the time. In fewer than 30 days, Carl relapsed and was dead from fentanyl exposure.

The Messingers joined forces with Rep. Annie Kuster, D-N.H., to craft legislation to avoid similar situations in the future. “Carl’s Law,” introduced in 2016, requires pharmaceutical companies to clearly label medications that contain opioids and warn of the risks of addiction.

Unfortunately, the bill never passed but the fight to prevent overdose deaths continues for the survivors. The article honoring the parents left behind from overdose is too lengthy to mention all who help to end the scourge and promote recovery, but you can read it in full here.

At Hope By The Sea, we specialize in the treatment of alcohol and substance use disorder and co-occurring mental illness. We offer several programs that can help men and women recover from opiate addiction. Please contact us at your earliest convenience to discuss treatment options. We firmly believe that the miracle of recovery can be yours too.