Ever since California and other states legalized medical and recreational marijuana, acronyms like THC and CBD have become commonplace. Delta-9 tetrahydrocannabinol or THC is the primary psychoactive compound found in cannabis. The ingredient is what causes people to feel euphoric when they smoke or ingest the drug. Repeated use and regular euphoric experiences can result in the development of cannabis use disorders for some people.

While THC and the cannabis containing the psychoactive compound are considered less harmful than other drugs by many individuals, we must stress that heavy use can lead to adverse effects, including addiction. This is especially true for those whose brains are still developing; teenage use can cause cognitive problems that may be permanent. What’s more, adolescent use is believed to increase one’s chances of developing a cannabis use disorder exponentially.

Regardless of which state you live in, the drug’s legality shouldn’t have any bearing on your perceptions of safety. Yes, many people use the drug moderately and do not experience negative impacts on their lives. However, that is not the case for millions of Americans whose early initiation and prolonged use has led to social and psychological problems.

We must also note that decades of federal and state prohibition made it extremely challenging for researchers to study the drug. Therefore, experts know very little about the short- and long-term effects of marijuana use. Fortunately, the passing of state medical and recreational use legislation resulted in a surge of research. With each passing year, scientists glean novel insights about cannabis that could help Americans make more informed decisions before they initiate use.

The Discovery of New Cannabis Compounds 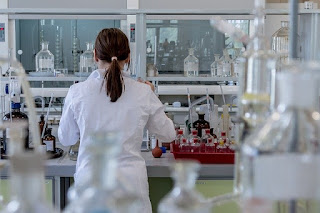 THC may not be the most potent psychoactive compound found in cannabis. A team of scientists in Italy has isolated a previously unknown cannabinoid using mass spectrometry and metabolomics, CNN reports. The research, appearing in the journal Nature, Scientific Reports, sheds light on two new compounds present in the world’s most popular drug.

The study’s authors report the discovery of tetrahydrocannabiphorol, or THCP, and cannabiphorol, or CBBP. Both of the newly discovered cannabinoids are cousins of THC and CBD; however, THCP may be 30 times more potent than THC, according to the article. Much is still unclear about THC’s cousin, but the findings may explain why some modern strains of cannabis pack a more potent punch than others, which can’t be explained by THC alone.

“This means that these compounds have higher affinity for the receptors in the human body,” said Dr. Cinzia Citti, lead author of the research and post-doctoral fellow in life sciences at the University of Modena and Reggio Emilia in Italy. “In cannabis varieties where THC is present in very low concentrations, then we can think that the presence of another, more active cannabinoid can explain those effects.”

More research is needed for scientists to understand the implications of THCP and CBDP better. Researchers need to learn more about THCP potential for harm and whether it can be isolated for the development of medicinal extracts.

The marijuana used by people today is far more potent than what was available decades ago. Increased potency, as mentioned above, could explain why more Americans require addiction treatment for cannabis use disorder. Those who attempt to abstain from use and recover for the condition on their own are apt to relapse relatively quickly.

Seeking professional assistance for marijuana addiction can help you or a loved one overcome the withdrawal stage and learn how to lead a healthy, productive life in recovery. Please contact Hope By The Sea today to learn more about our evidence-based treatment program for cannabis use disorder.